Tobacco In The South 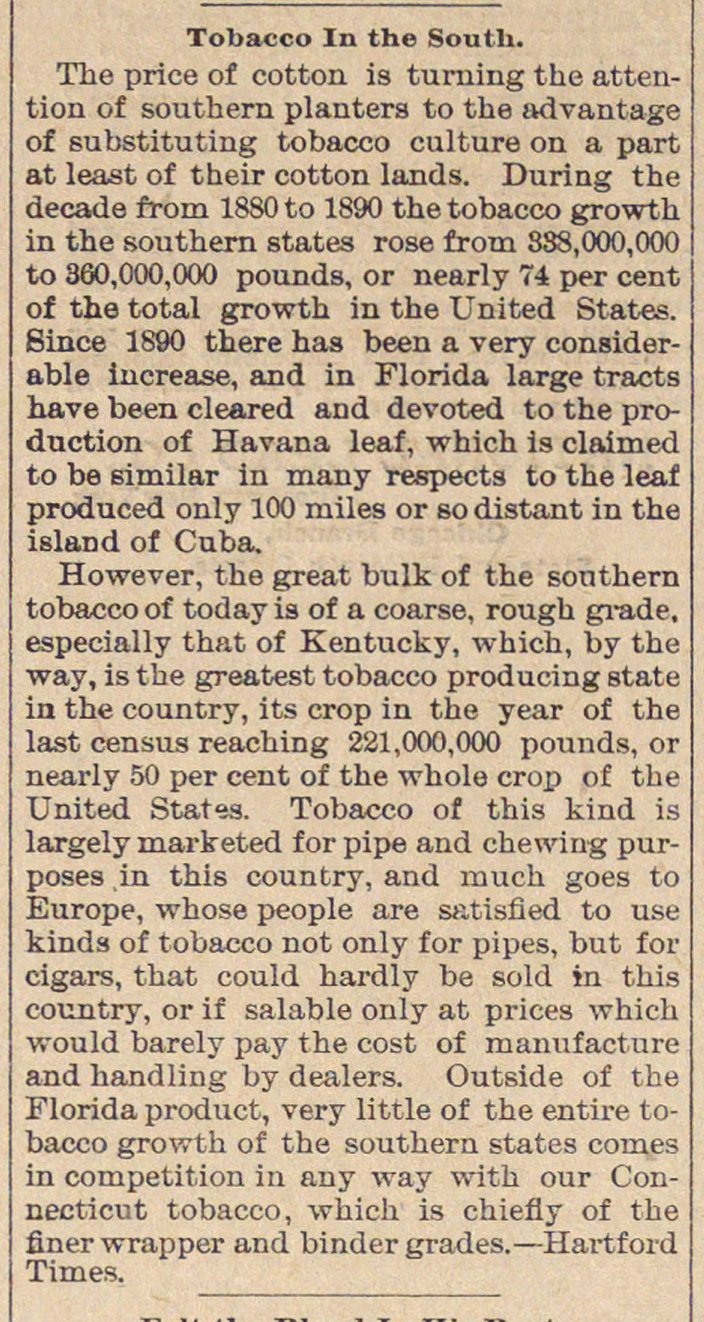 The price of cotton is turning the attention of southern planters to the advantage of substituting tobáceo culture on a part at least of their cotton lands. During the decade from 1880 to 1890 the tobáceo growth in the southern states rose from 888,000,000 to 360,000,000 pounds, or nearly 74 per cent of the total growth in the United States. Since 1890 there has been a very considerable increase, and in Florida large tracts have been cleared and devoted to the prodnction of Havana leaf, which is claimed to be similar in many respects to the leaf produced only 100 miles or so distant in the island of Cuba. However, the great bulk of the sonthern tobáceo of today is of a coarse, rougb. gvade, especially that of Kentucky, which, by the way, is the greatest tobáceo producing state in the country, its erop in the year of the last census reaching 221,000,000 pounds, or nearly 50 per cent of the whole erop of the United States. Tobacco of this kind is largely marketed for pipe and chewing purposes in this country, and much goes to Europe, whose people are satisfied to use kinds of tobáceo not only for pipes, but for cigars, that could hardly be sold in this country, or if salable only at prices which would barely pay the eost of manufacture and handling by dealers. Outside of the Florida product, very little of the entire tobacco growth of the southern states comes in competition in any way with our Connecticut tobáceo, which is chiefly of the