Felt The Blood In His Boot 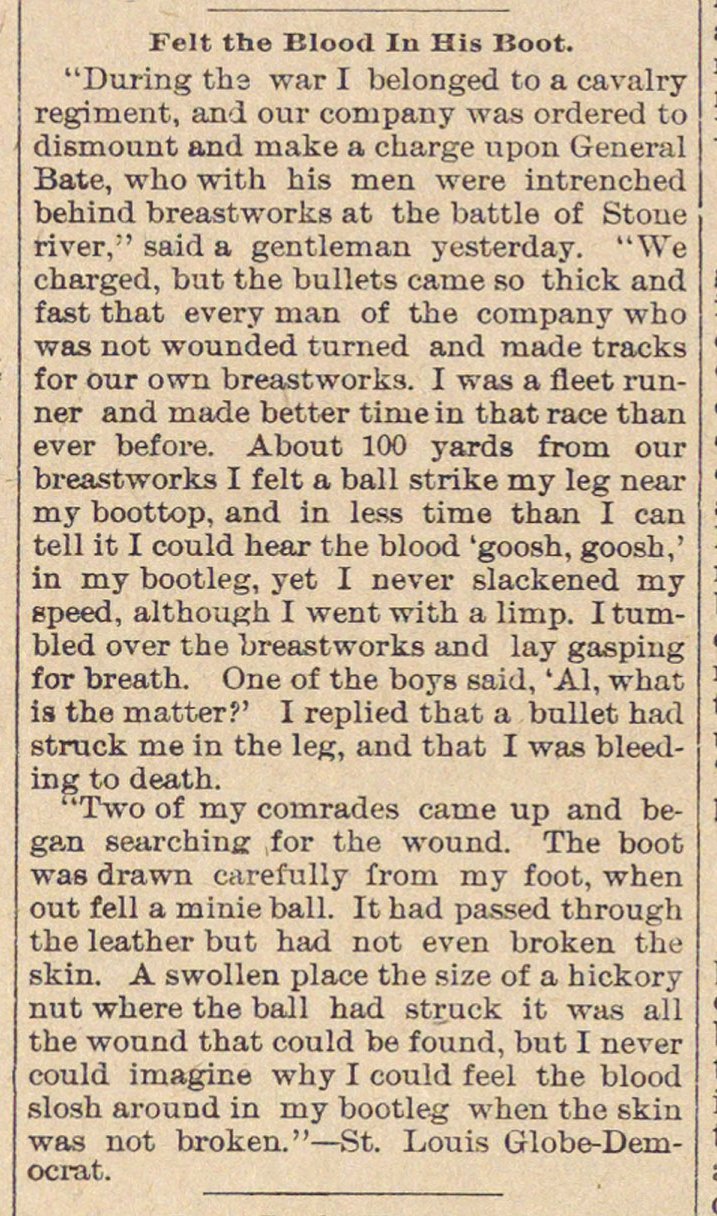 "During ths war I belonged to a cavalry regiment, and our company was ordered to dismount and make a charge upon General Bate, who with his men were intrenched behind breastworks at the battle of Stoue river,:' said a gentleman yusterday. "We charged, but the bullets carne so thick anc fast that every man of the company who was not wounded turned and made tracks for our own breastworks. I was a fleet runner and made better time in that race than ever before. About 100 yards from our breastworks I feit a ball strike my leg near my boottop, and in less time than I can teil it I could hear the blood 'goosh, goosh,' in my bootleg, yet I never slackened my speed, although I went with a limp. I tumbled over the breastworks and lay gaspiug for breath. One of the boys said, 'Al, what is the matter?' I replied that a bullet had struck me in the leg, and tbat I was bleeding to death. "Two of my comrades carne up and began searchins: for the wound. The boot was drawn carefully from my foot, when out feil a minie ball. It had passed through the leather but had not even broken the skin. A swollen place the size of a hickory nut where the ball had struck it was all the wound that could be found, but I never could imagine why I could feel the blood slosh around in my bootles when the skin