Dress In The New Japan 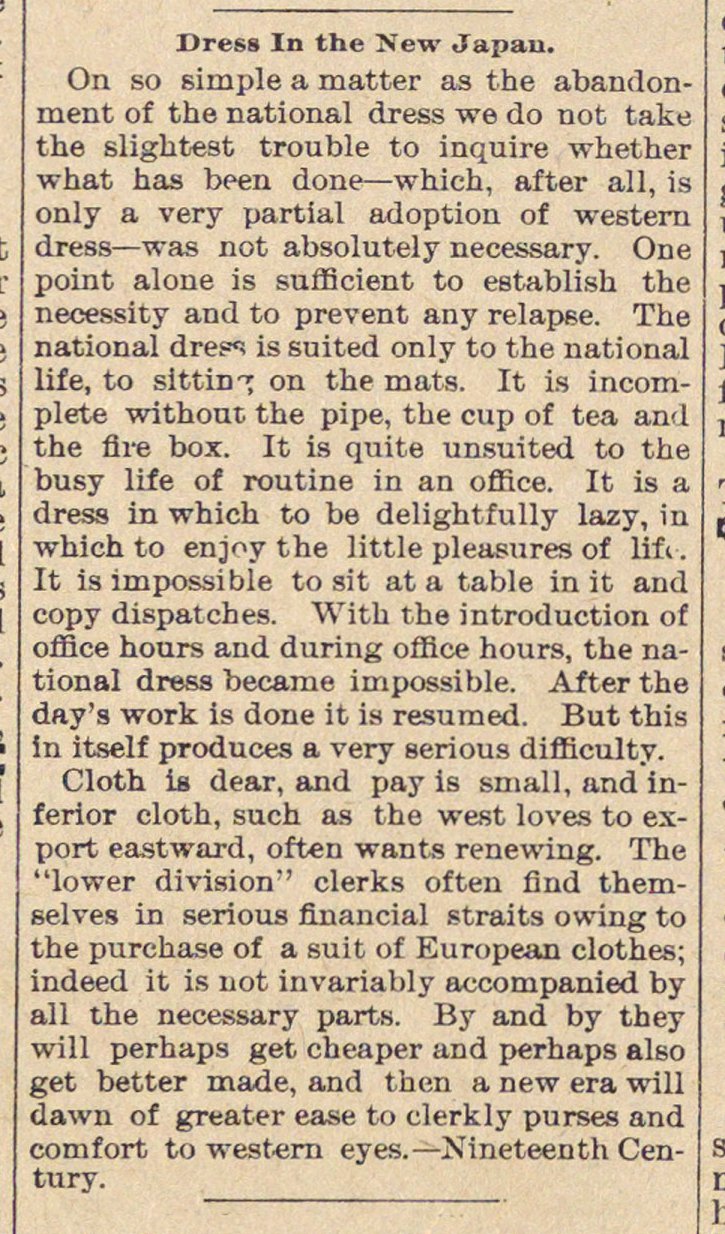 On so simple a matter as the abandonment of the national dress we do not take the slightest trouble to inquire whether what has been done - which, after all, is only a very partial adoption of western dress - was not absolutely necessary. One point alone is sufficient to establish the necessity and to prevent any relapge. The national dre. is suited only to the national life, to sittin on the mats. It is incomplete without the pipe, the cup of tea and the flre box. It is quite unsuited to the busy life of routine in an office. It is a dress in which to be delightfully lazy, in which to enjny the little pleasures of lifi . It isimpossible to sit ata table in it and copy dispatches. With the introduction of office hours and during office hours, the national dress became impossible. After the day's work is done it is resumed. But this in itself produces a very serious difficulty. Cloth is dear, and pay is small, and inferior cloth, such as the west loves to export eastward, often wants renewing. The "lower división"' clerks often find themselves in serious financial straits owing to the purchase of a suit of European clothes; indeed it is not invariably accompanied by all the necessary parts. By and by they will perhaps get cheaper and perhaps also get better made, and then a new era will dawn of greater ease to clerkly purses and