Death Of John B. Stadler 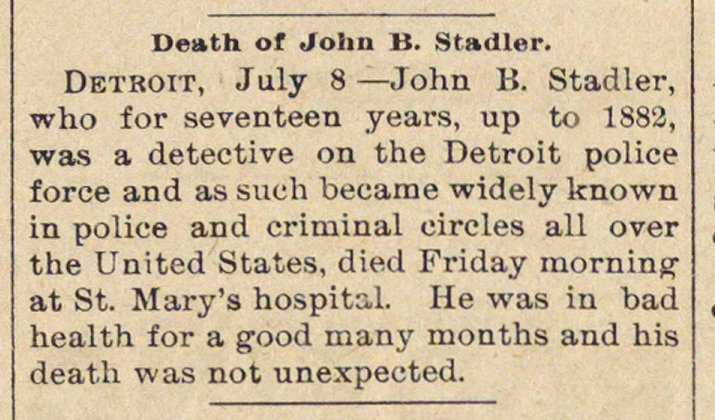 Detroit, July 8 - John B. Stadler, who for seventeen years, up to 1S82, was a detective on the Detroit pólice forcé and as such became widely known in pólice and criminal circles all over the United States, died Friday morninL at St. Mary's hospital. He was in bad health for a good many months and his death was not unexpected.