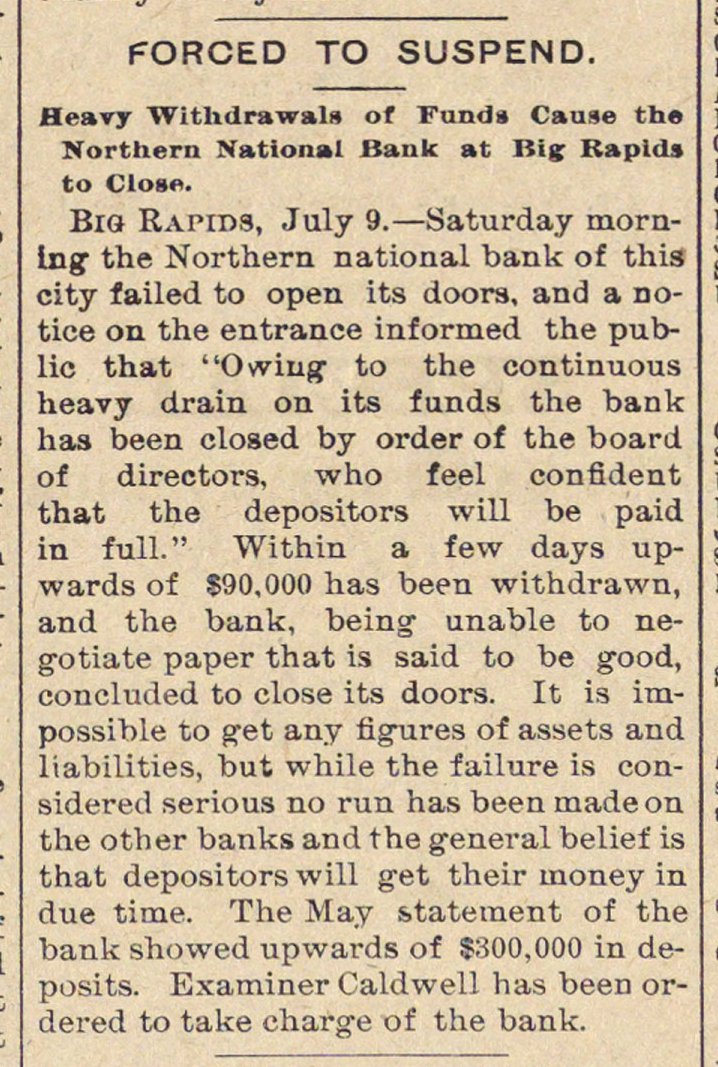 Big Rapids, July 9. - Saturday mornIn g the Northern national bank of thi8 city failed to open its doors, and a notice on the entrance informed the public that "Owing1 to the continuous heavy drain on its funds the bank has been closed by order of the board of directors, who feel confident that the depositors will be paid in f uil." Within a few days upwards of $90,000 has been withdrawn, and the bank, being unable to negotiate paper that is said to be good, concluded to close its doors. It is impossible to get any figures of assets and liabilities, but while the failure is eonsidered serious no run has been made on the otber banks and the general belief is that depositors will get their money in due time. The May statement of the bank showed upwards of $300,000 in deposits. Examiner Caldwell has been ordered to take charge of the bank.