Death Of A Pioneer 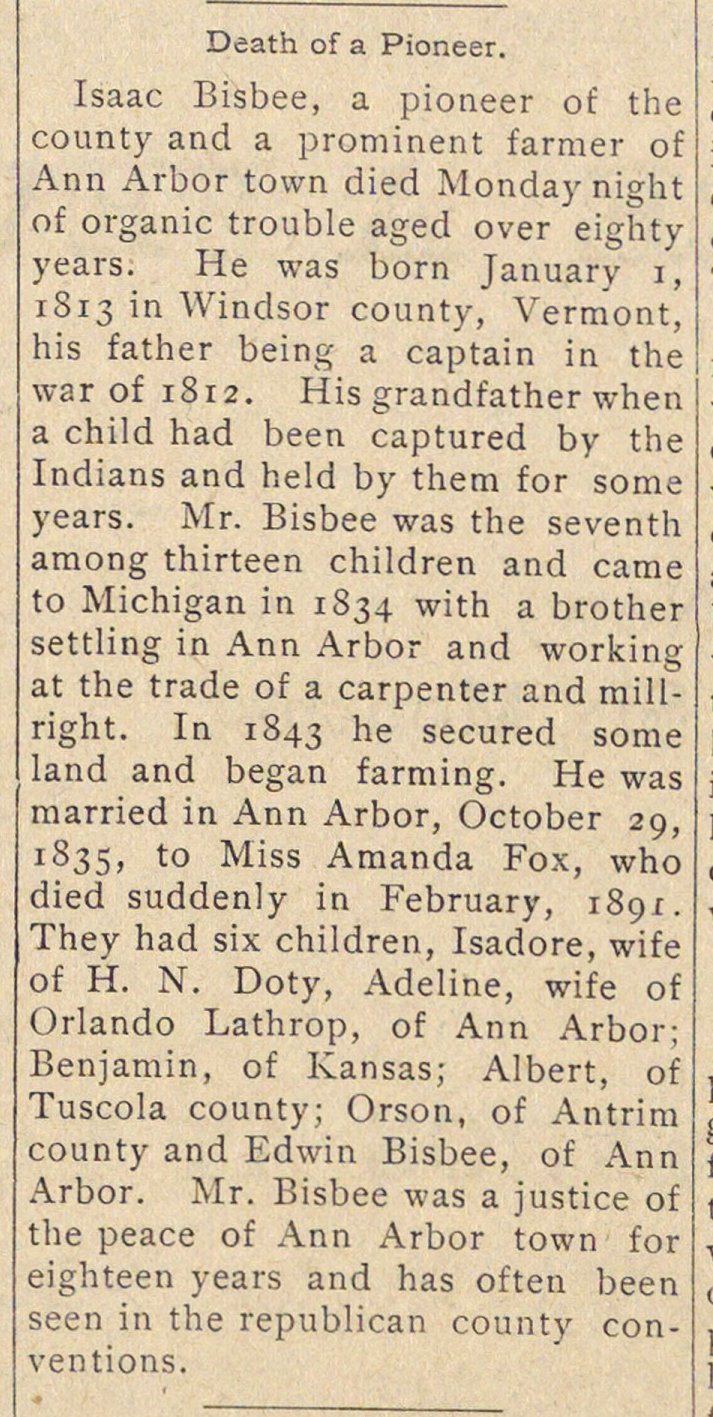 Isaac Bisbee, a pioneer of the county and a prominent farmer of Ann Arbor town died Monday night of organic trouble aged over eighty years. He was born January i, 1S13 in Windsor county, Vermont, his father being a captain in the war of 1812. His grandfather when a child had been captured by the Indians and held by them for some years. Mr. Bisbee was the seventh among thirteen children and came to Michigan in 1834 with a brother settling in Ann Arbor and working at the trade of a carpenter and miliright. In 1843 he secured some land and began farming. He was married in Ann Arbor, October 29, 1835, t0 Miss Amanda Fox, who died suddenly in February, 1891. They had six children, Isadore, wife of H. N. Doty, Adeline, wife of Orlando Lathrop, of Ann Arbor; Benjamin, of Kansas; Albert, of Tuscola county; Orson, of Antrim county and Edwin Bisbee, of Ann Arbor. Mr. Bisbee was a justice of the peace of Ann Arbor town for eighteen years and has often been seen in the republican county conventions.