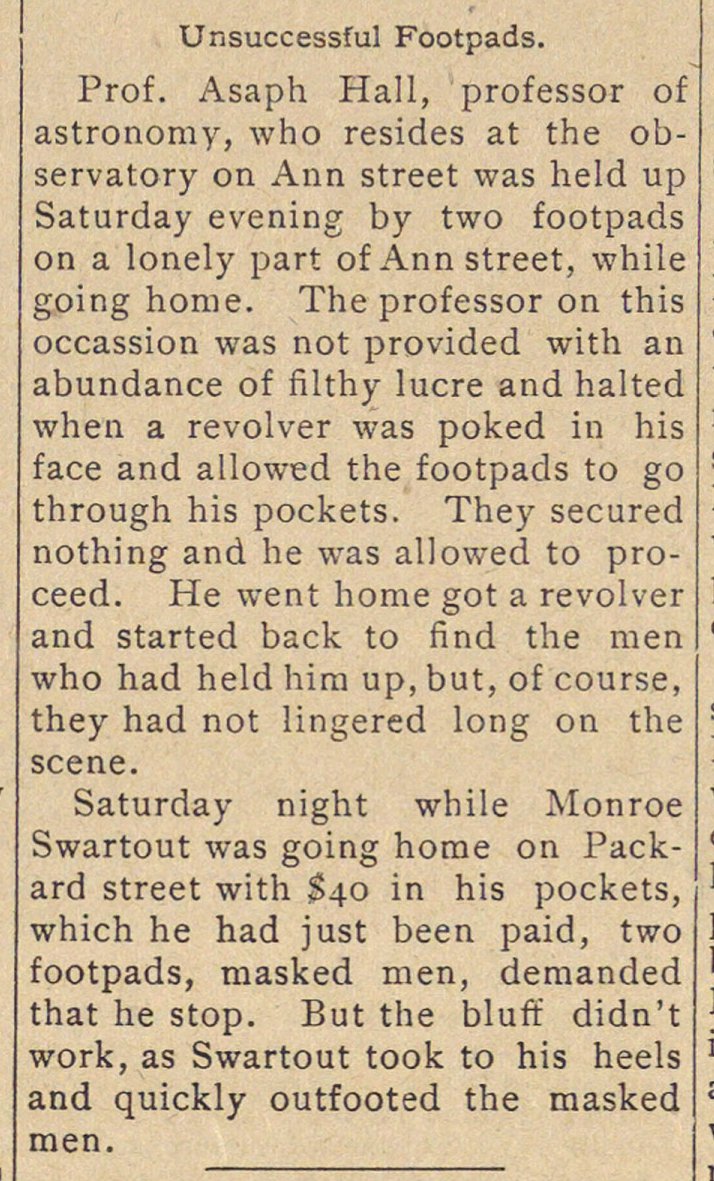 Prof. Asaph Hall, professor of astronomy, who resides at the observatory on Ann Street was held up Saturday evening by two footpads on a lonely part of Ann street, while going home. The professor on this occassion was not provided with an abundance of filthy lucre and halted when a revolver was poked in his face and allowed the footpads to go through his pockets. They secured nothing and he was allowed to proceed. He went home got a revolver and started back to find the men who had held him up, but, of course, they had not lingered long on the scène. Saturday night while Monroe Swartout was going home on Packard street with $40 in his pockets, which he had just been paid, two footpads, masked men, demanded that he stop. But the bluff didn't work, as Swartout took to his heels and quickly outfooted the masked men.