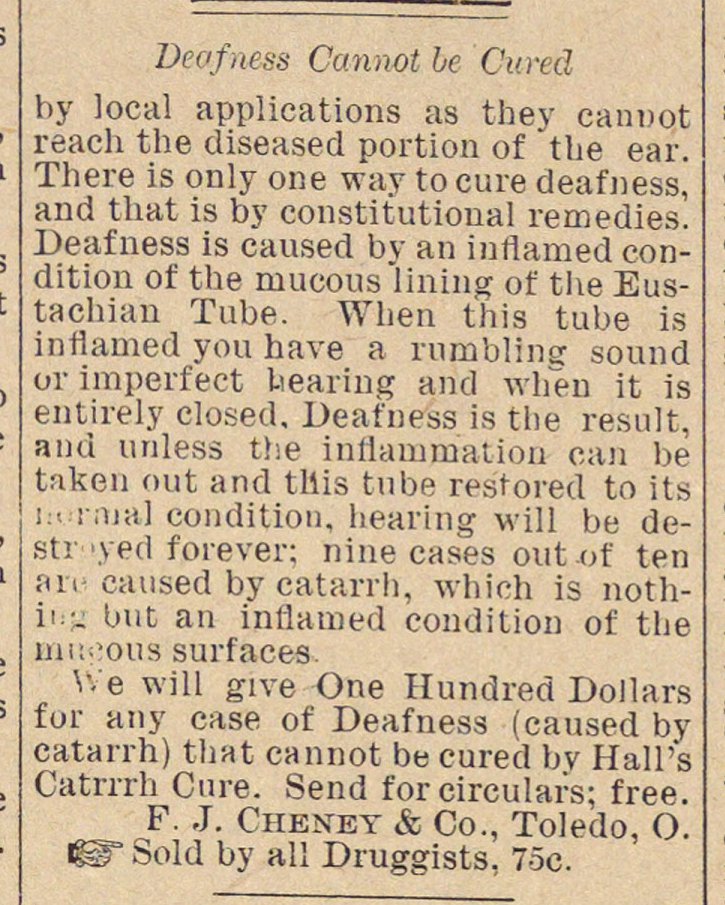 Deafness Cannot be Cured by local applications as they canwot reach the diseased portion of the ear. There is only one way tocure deafness, and that is by constitutioual remedies. Deafness is caused by an inflamed condition of the mucous lining of the Eustachian Tube. When this tube is inflamed you have a rnmblhig sound or imperfect hearing and when it is entirely closed, Deafness is tlie result, and unless the inilamrnaüon can be ttiken out and tllis tube res'tored to its horma] condition, hearing will be destnyed f prever; nine cases out of ten aru cawsed by catarrh, which is nothii-_ uut an inflamed condition of the Bai(:ous surfaces. We will give One Hundred Dollars for any case of Deafness (caused by catarrh) that cannot be cured by Hali's Catrrrh Cure. Send forcirculars; free. F. J. Chbnby & Co., Toledo, O. W Sold by all Druggists. 75c.