The Extravagance Of Democracies 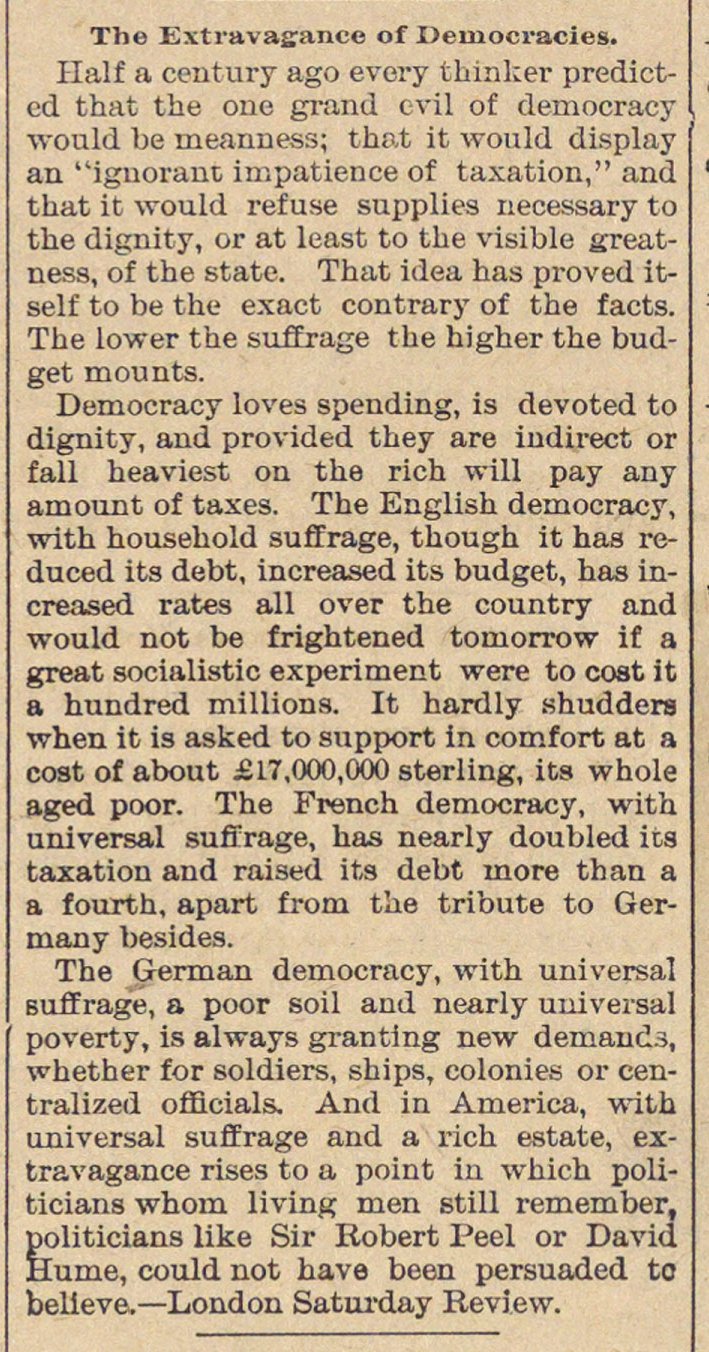 Half a ceutury ago every thinker predictcd that the one grand ovil of democracy would be meanness; that it would display au "ignorant iir.patience of taxation," and that it would refuse supplies necessary to the dignity, or at least to the visible greatness, of the state. That idea has proved itself to be the exact contrary of the facts. The lower the suffrage the higher the budget mounts. Deniocracy loves spending, is devoted to dignity, and provided they are indirect or fall heaviest on the rich will pay any amount of taxes. The English detnocracy, with household suffrage, though it has reduced its debt, increased its budget, has increased rates all over the country and would not be frightened tomorrow if a great socialistic experiment were to cost it a hundred millions. It hardly shudders when it is asked to support in comfort at a cost of about L17,000,000 sterling, ita whole aged poor. The Frenen democracy, with universal suffrage, has nearly doubled ics taxation and raised its debt more than a a fourth, apart from the tribute to Germany besides. The Germán democracy, with universal saffrage, a poor soil and nearly universal poverty, is always granting new demands, whether for soldiers, ships, colonies or centralized officials. And in America, with universal suffrage and a rich estáte, extravagance rises to a point in which politicians whom living men still remember, politicians like Sir Kobert Peel or David Hume, could not have been persuaded to