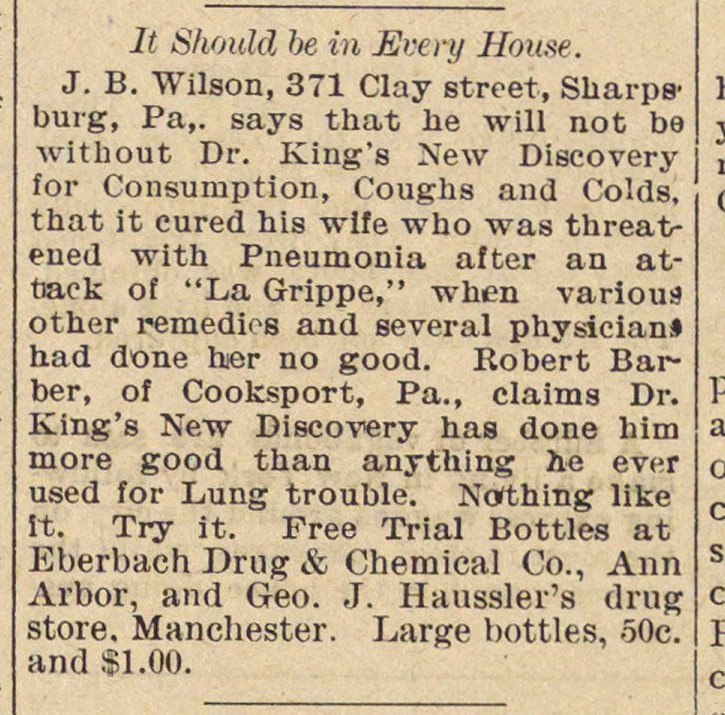 It Shoidcl be in Every House. J. B. Wilson, 371 Clay streef, Sharps' buig, Pa,, says that he will not be without Dr. King's New Discovery I for Consuniption, Coughs and Colds, that it cured his wlfe who was threatened with Pneumonia after an attiack of "La Grippe," when various other remedies and several physician had done luor no good. Robert Barber, of Cooksport, Pa., claims Dr. King's New Discovery has done him more good than anything he ever used for Lung trouble. Nöthing like It. Try it. Free Trial Bottles at Eberbach Drug & Chemical Co., Ann Arbor, and Geo. J. Hausslei's drug store. Manchester. Large bottles, 50c. and $1.00.