On The Pacific Coast 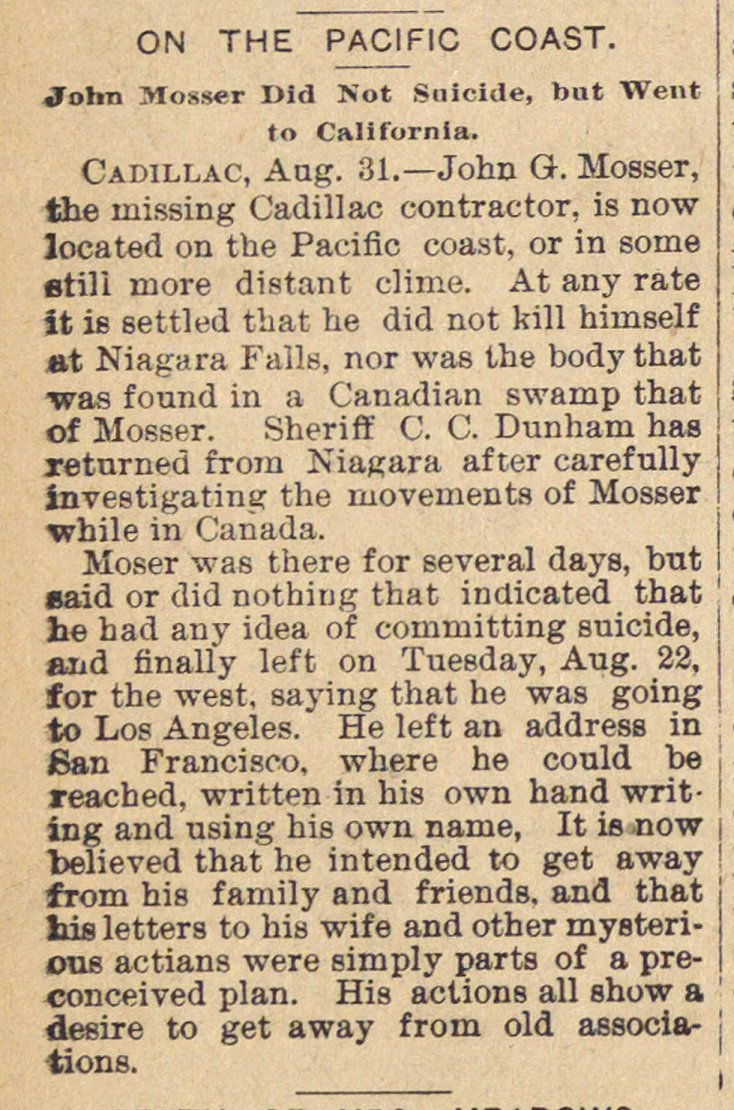 Cadillac, Aug. 31.- John G. Mosser, the missing Cadillac contractor, is now located on the Pacific coast, or in some etili more distant clime. At any rate it ie 6ettled that he did not kill hiinself at Niágara Falls, nor was the body that was found in a Canadian swamp that of Mosser. Sheriff C. C. Dunham has retnrneü from Niágara after carefully ínvestigatinií the movements of Mosser while in Canada. Moser was there for severa! days, bnt eaid or did nothing that indicated that he had any idea of comrnitting suicide, and finalïy lef t on Tuesday, Aug. 22, for the west, saying that he was going to Los Angeles. He left an address in San Francisco, where he could be reached, written in his own hand writing and using his own name, It is now believed that he intended to get away from his family and friends. and that bis letters to his wife and other mysterieus actians were simply parts of a preconceived plan. His actions all show a deeire to get away from old aesociations.