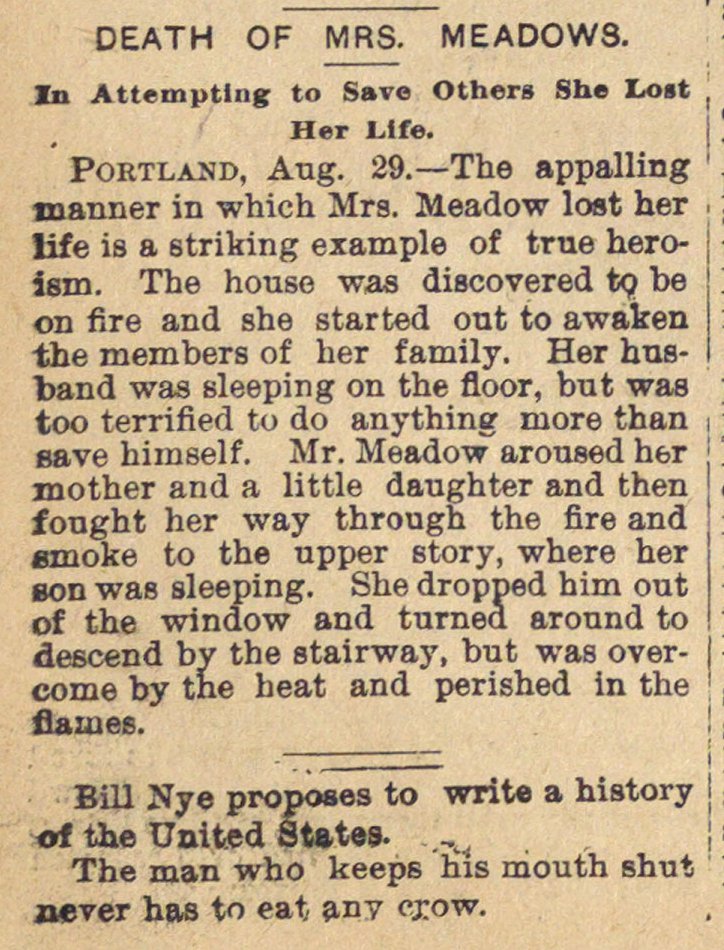 Portland, Aug. 29.- The appalang marmer in which Mrs. Meadow lost her life is a 6triking example of true heroism. The house was discovered tQ be on fire and she started out to a waken the members of her family. Her husband was sleeping on the floor, but was too terrified to do anything more than save himself. Mr. Meadow aroused her mother and a little daughter and then fonght her way through the fire and noke to the upper story, where her eon was sleeping. She dropped him out of the window and turnea around to descend by the stairway, but was overeóme by the heat and perished in the flaiues. Bill Nye proposes to wriU a history ot the United atetes. .M . . The man who keeps his mouth shut oever has to eat a.nv cjow.