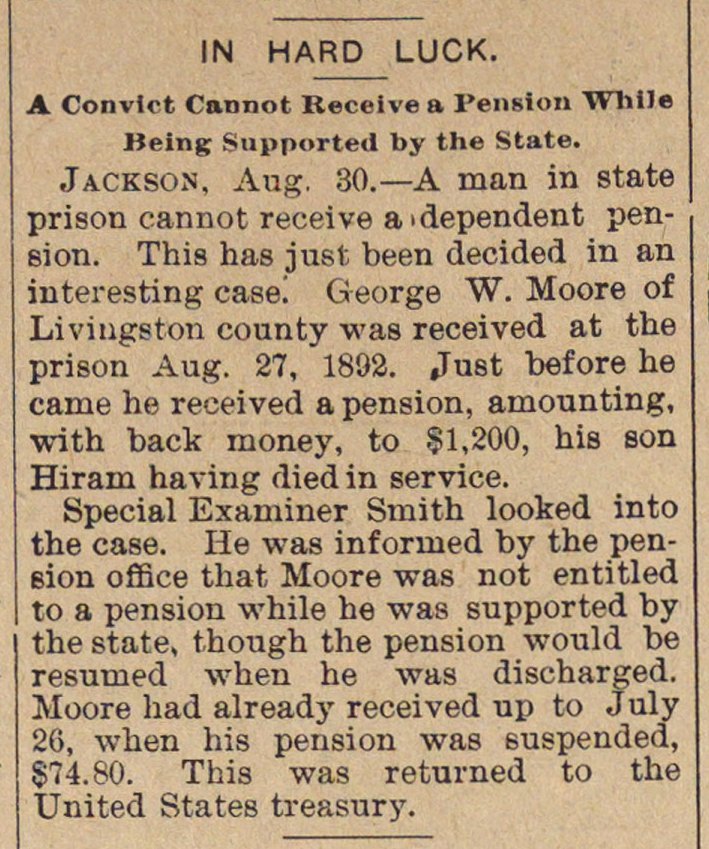 Jackson, Aug. 30. - A man in state prison cannot receive adependent pension. This has just been decided in an interesting case! George W. Moore of Livingston county was received at the prison Aug. 27, 1892. Just before he carne he reeeived a pension, amounting, with back money, to 1,200, nis son Hiram ha ving diedin service. Special Examiner Smith looked into the case. He was informed by the peneion office that Moore was not entitled to a pension while he was supported by the state, though the pension would be resutned when he was discharged. Moore had already received up to July 20, when his pension was suspended, $74.80. This was returned to the United States treasury.