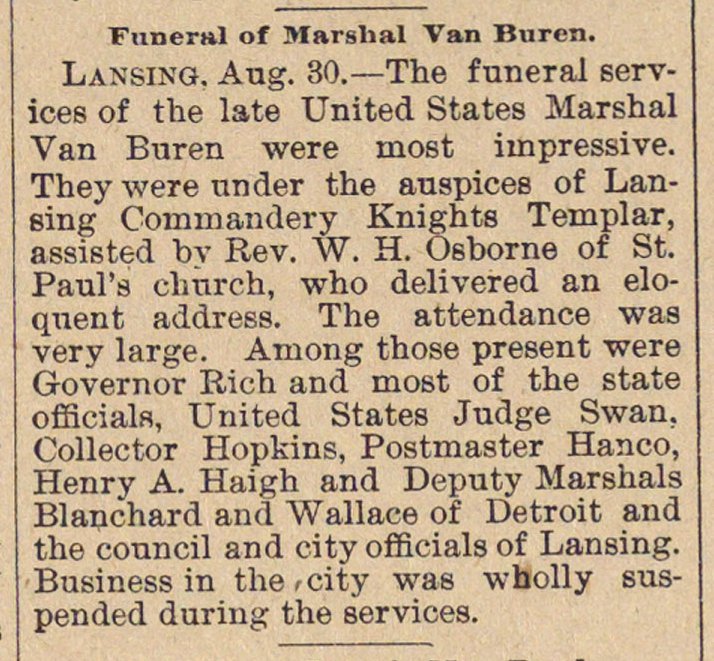 Lansing. Aug. 30. - The funeral services of the late United States Marshal Van Buren were most impressive. They were nnder the auspices of Lansing Cornmandery Knights Templar, assisted by Rev. W. H. Osborne of St. Paui's clmreh, who delivered an eloqnent address. The attendance was very large. Among those present were Governor Rich and most of the state officials, United States Judge Swan. Collector Hopkins, Postmaster Hanco, Henry A. Haigh and Deputy Marshals Blanchard and Wallace of Detroit and the council and city officials of Lansing. Business in the city was wholly suspended during the services.