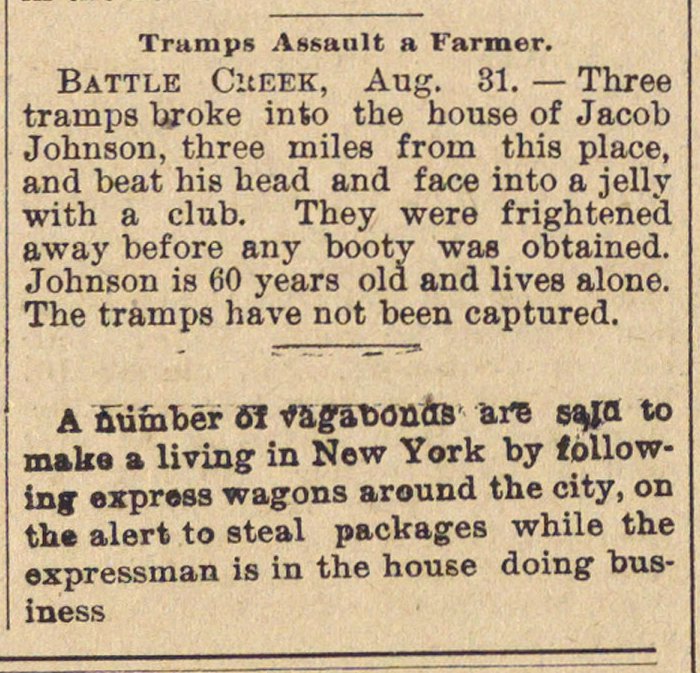 Battle ClcEEK, Aug. 81. - Three tramps broke into the house of Jacob Johnson, three miles froin this place, and beat his head and face into a jelly with a club. They were frighteneïi away before any booty was obtained. Johnson is 60 years ola and lives alone. The tramps have not been captured. A fiümbër i fagiroonte ai-e y to mako a living in New York by following xprass wagons around the city, on the alert to steal packages while the xpressman is in the house doing business