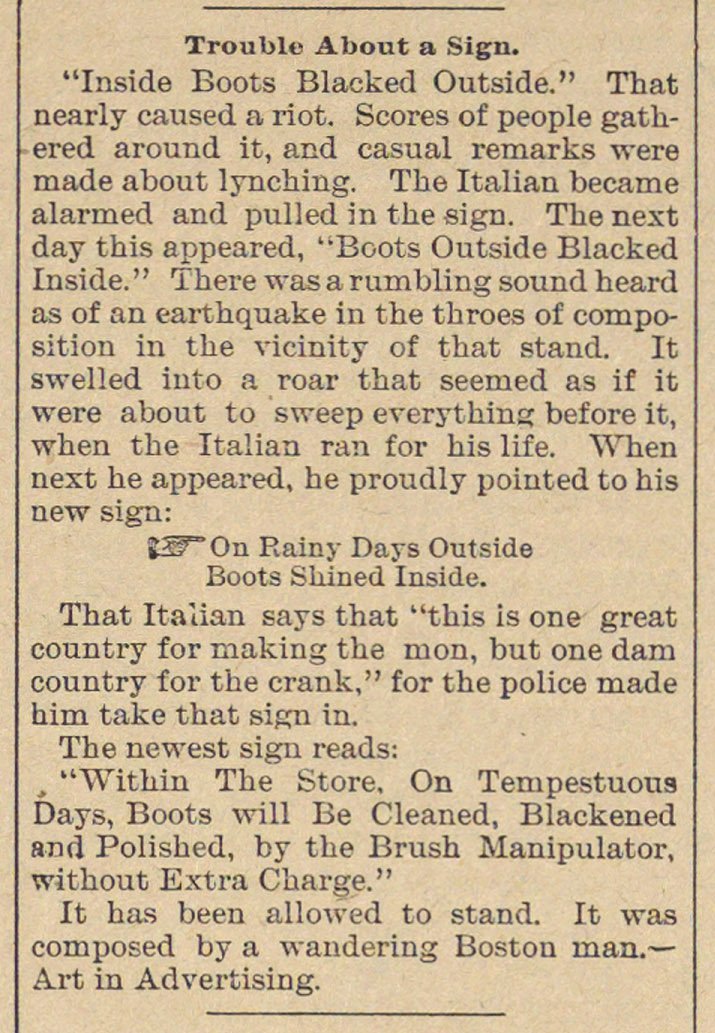 "Inside Boots Blacked Outside." That nearly caused a rlot. Scores of people gathered around it, and casual remarks were made about lynching. The Italian became alarmed and pulled in the aign. The next day this appeared, "Boots Outside Blacked Inside." There was a rumbling sound heard as of an earthquake in the throes of composition in the vicinity of that stand. It swelled into a roar that seerued as if it were about to sweep everythins before it, when the Italiaa ran for his life. When next he appeared, he prondly pointed to his new sign: E3On Rainy Days Outside Boots Shined Inside. That Italian says that "this is one great country for making the mon, but one dam country for the crank," for the pólice made him take that sign in. The newest sign reads: "Within The Store, On Tempestuous Days, Boots will Be Cleaned, Blackened anti Polished, by the Brush Manipulator, without Extra Charge." It has been allowed to stand. It was composed by a wandering Boston man.-