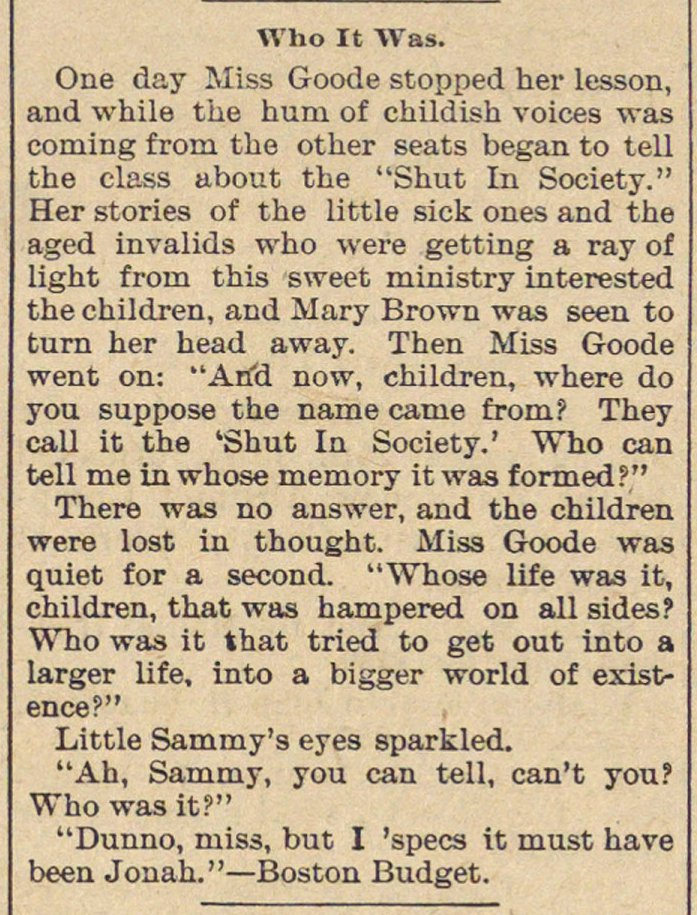 One day Miss Goode stopped her lesson, and while the hum of childish voices was coming from the other seats began to teil the class ubout the "Shut In Society." Her stories of the little sick ones and the aged invalids who were getting a ray of light from this sweet ministry interested the children, and Mary Brown was seeu to turn her head away. Then Miss Goode went on: "Atíd now, children, where do you suppose the name carne from? They cali it the 'Shut In Society.' Who can teil me in whose memory it was formed?" There was no answer, and the children were lost in thought. Miss Goode was quiet for a second. "Whose life was it, children, that was hampered on all sides? Who was it that tried to get out into a larger life, into a bigger world of existence?" Little Sammy's eyes sparkled. "Ah, Sammy, you can teil, can't you? Who was it?" "Dunno, miss, but I 'specs it must have been