Will Have To Die 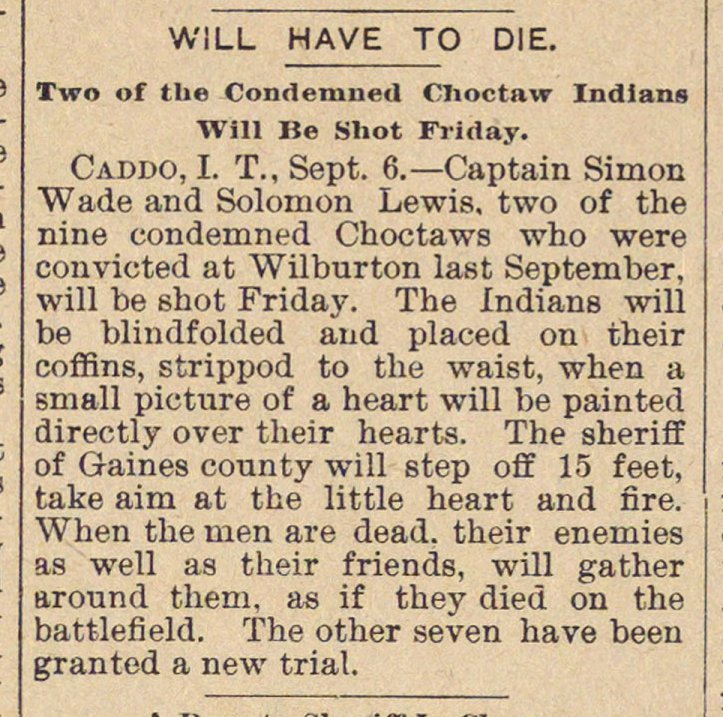 Caddo, I. T., Sept. 6.- Captain Simon Wade and Solomon Lewia, two of the nine eondemned Choctaws who were convicted at Wilburton last September, will be shot Friday. The Indiana will be blindfolded and placed on their coffins, strippod to the waist, when a small pieture of a heart will l)e painted directly over their hearts. The sheriff of Gaines county will step off 15 feet, take aim at the little heart and nre. When the men are dead. their enemies as well as their friende, will gather around them. as if they died on the battlefield. The other seven have been granted a new trial.