Thrown Out Of His Buggy 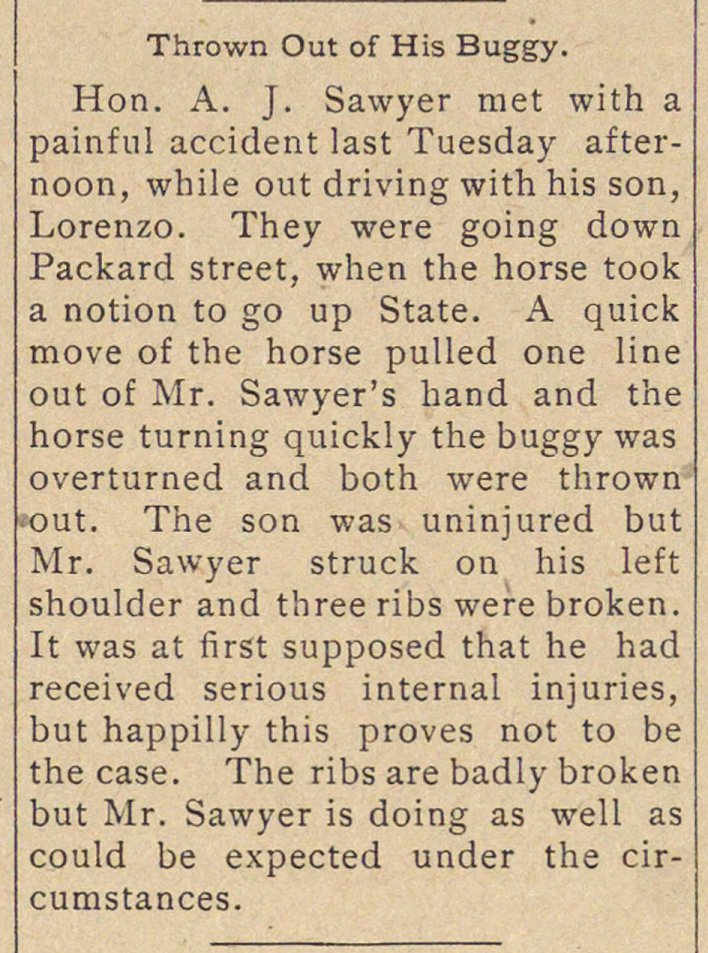 Hon. A. J. Savvyer met with a painful accident last Tuesday afternoon, while out driving with his son, Lorenzo. They were going down Packard Street, when the horse took a notion to go up State. A quick move of the horse pulled one line out of Mr. Sawyer's hand and the horse turning quickly the buggy was overturned and both were thrown out. The son was uninjured but Mr. Sawyer struck on his left shoulder and three ribs were broken. It was at first supposed that he had received serious internal injuries, but happilly this proves not to be the case. The ribs are badly broken but Mr. Sawyer is doing as well as could be expected under the circutnstances.