Asks For A Divorce 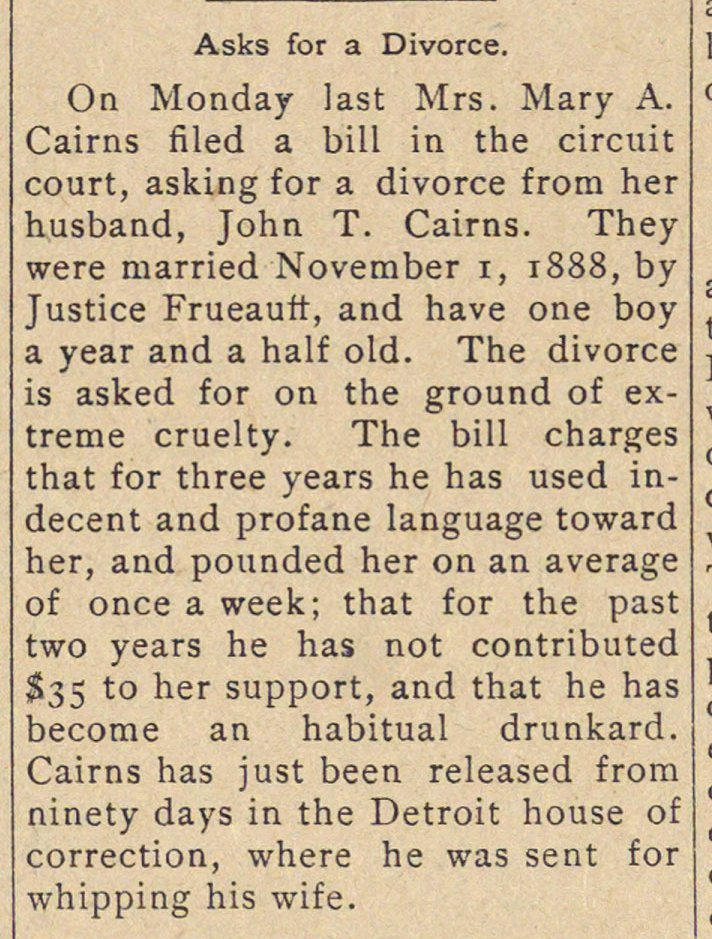 On Monday last Mrs. Mary A. Cairns filed a bilí in the circuit court, asking for a divorce from her husband, John T. Cairns. They were raarried November i, 1888, by Justice Frueauft, and have one boy a year and a half old. The divorce is asked for on the ground of extreme cruelty. The bill charges that for three years he has used indecent and profane language toward her, and pounded her on an average of once a week; that for the past two years he has not contributed $35 to her support, and that he has become an habitual drunkard. Cairns has just been released from ninety days in the Detroit house of correction, where he was sent for whipping his wife.