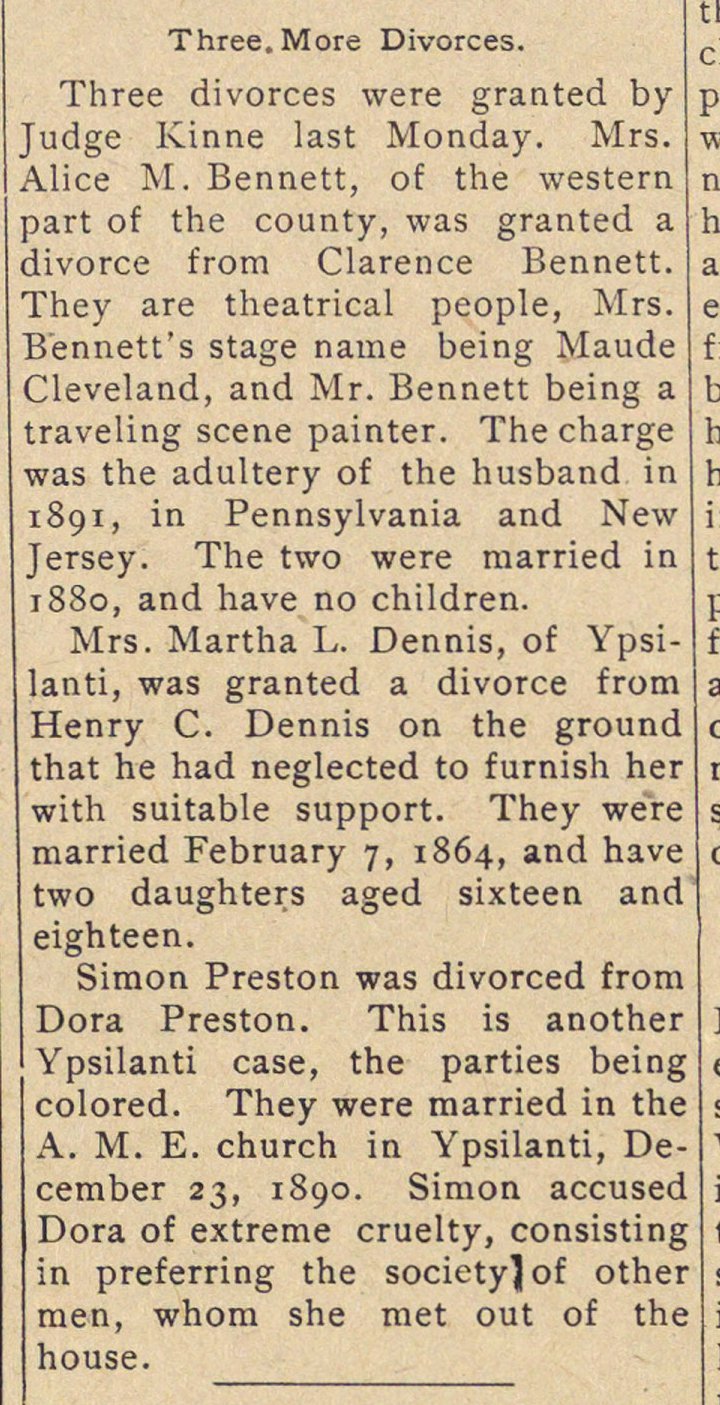 Three divorces were granted by Judge Kinne last Monday. Mrs. Alice M. Bennett, of the western Dart of the county, was granted a divorce from Clarence Bennett. They are theatrical people, Mrs. Bennett's stage name being Maude Cleveland, and Mr. Bennett being a traveling scène painter. The charge was the adultery of the husband in 1891, in Pennsylvania and New Jersey. The two were married in 1880, and have no chüdren. Mrs. Martha L. Dennis, of Ypsilanti, was granted a divorce from Henry C. Dennis on the ground that he had neglected to furnish her with suitable support. They were married February 7, 1864, and have two daughters aged sixteen and eighteen. Simón Preston was divorced from Dora Preston. This is another Ypsilanti case, the parties being colored. They were married in the A. M. E. church in Ypsilanti, December 23, 1890. Simon accused Dora of extreme cruelty, consisting in preferring the society] of other men, whom she met out of the house.