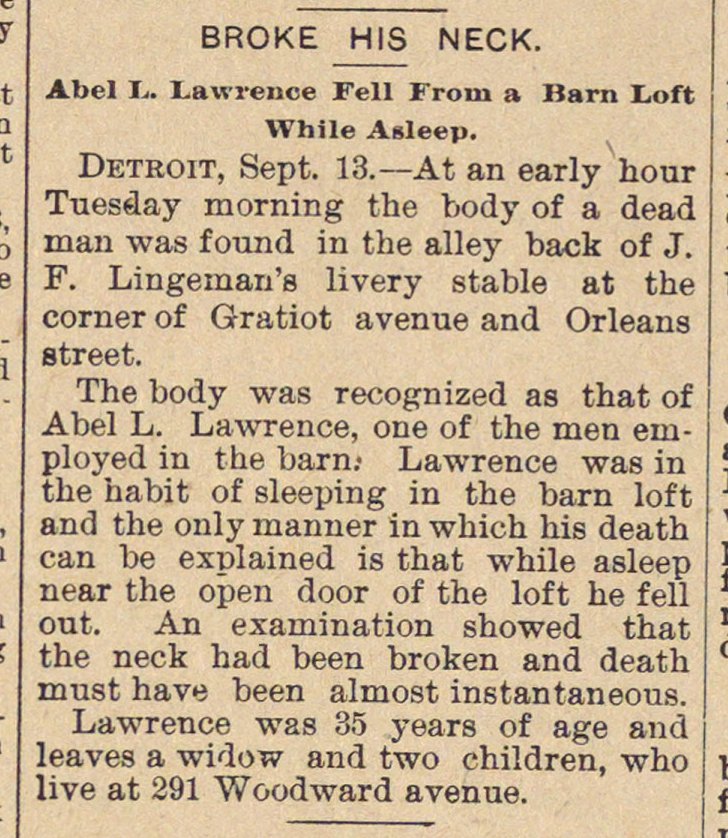 Detroit, Sept. 13.- At an early hour Tuesday morning the body of a dead man was f ound in the alley back of J. F. Lingeman's livery stable at the corner of Gratiot avenue and Orleans Street. The body was recognized as that of Abel L. Lawrence, one of the men employed in the barn: Lawrence was in the habit of sleeping in the barn loft and the only manner in which his death can be exülained is that while asleep near the open door of the loft he feil out. Au examination showed that the neck had been broken and death must have been almost instantaneous. Lawrence was 35 years of age and leaves a widow and two children, who live at 291 Woodward avenue.