Something Of A Mystery 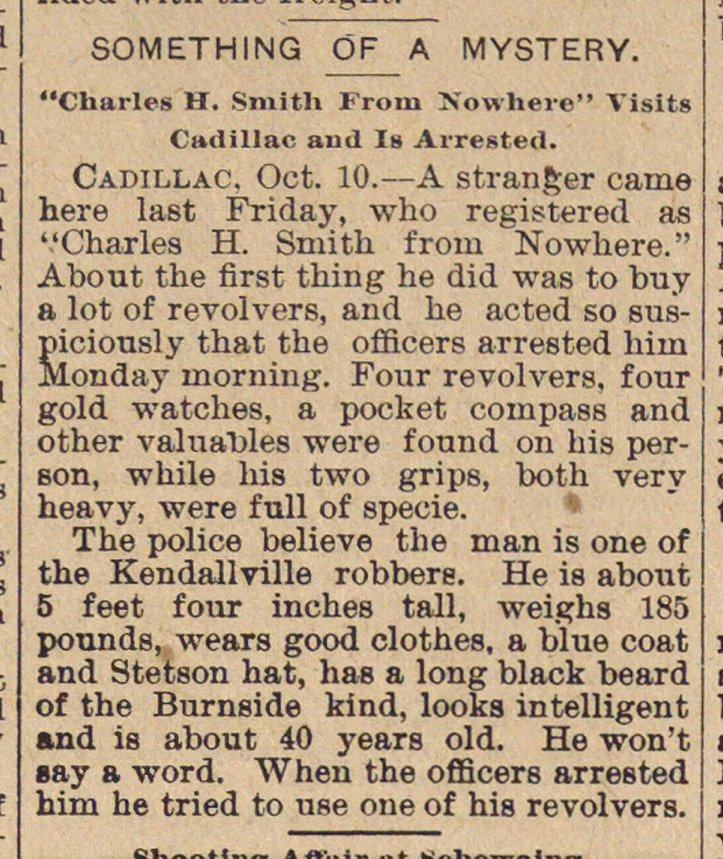 (Jadillac. (Jet. 10.- A stranger carne here last Friday, who registered as '.'Charles H. Smith f rom Nowhere." About the first thing he did was to buy a lot of revolvers, and he acted so susSicionsly that the officers arrested hiin londay ïnorning. Four revolvers, four gold watches, a pocket compasa and other valuadles were found on his perBon, white his two grips, both very heavy, were full of specie. The pólice believe the man is one of the Kendallville robbers. He is about 5 feet four inches tall, weighs 185 pounds, wears good clothes, a blue coat and Stetson hat, has a long black beard of the Burnside kind, looka intelligent nd is about 40 years old. He won't ay a word. When the officers arrested him he tried to use one of his revolvers.