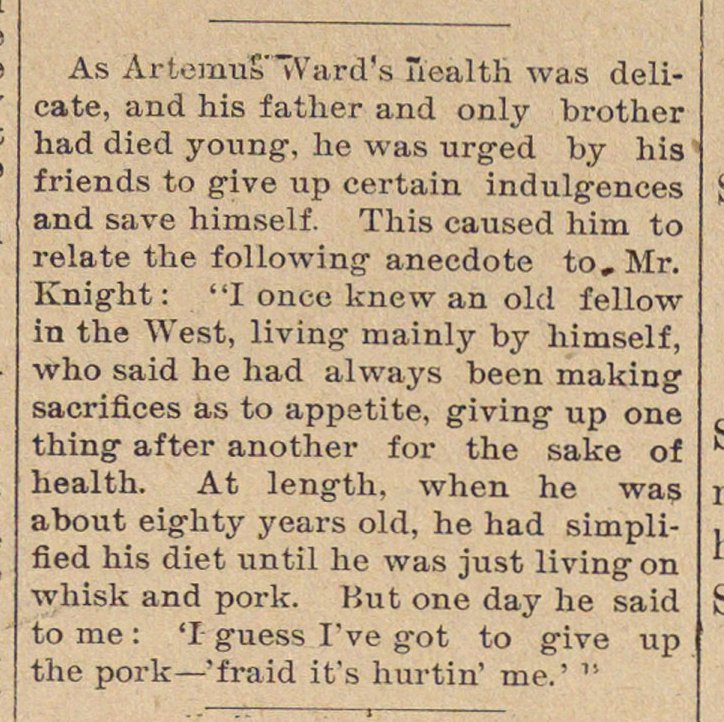 As ArtemuL'Vard's ïiealth was delicate, and his father and only brother had died young, he was urg-ed by his friends to g-ive up certain indulg-ences and save himself. This caused him to relate the anecdote to,Mr. Knig-ht: "I once knew an old fellow in the West, mainly by himself, who said he had always been making sacrifioes as to appetite, giving up one thing after another for the sake of health. At length. when he was about eigfhty years old, he had simplified his diet until he was just living on whisk and pork. Hut one day he said to me : 'I guess I've got to give up the