The Argus Speaks For Itself 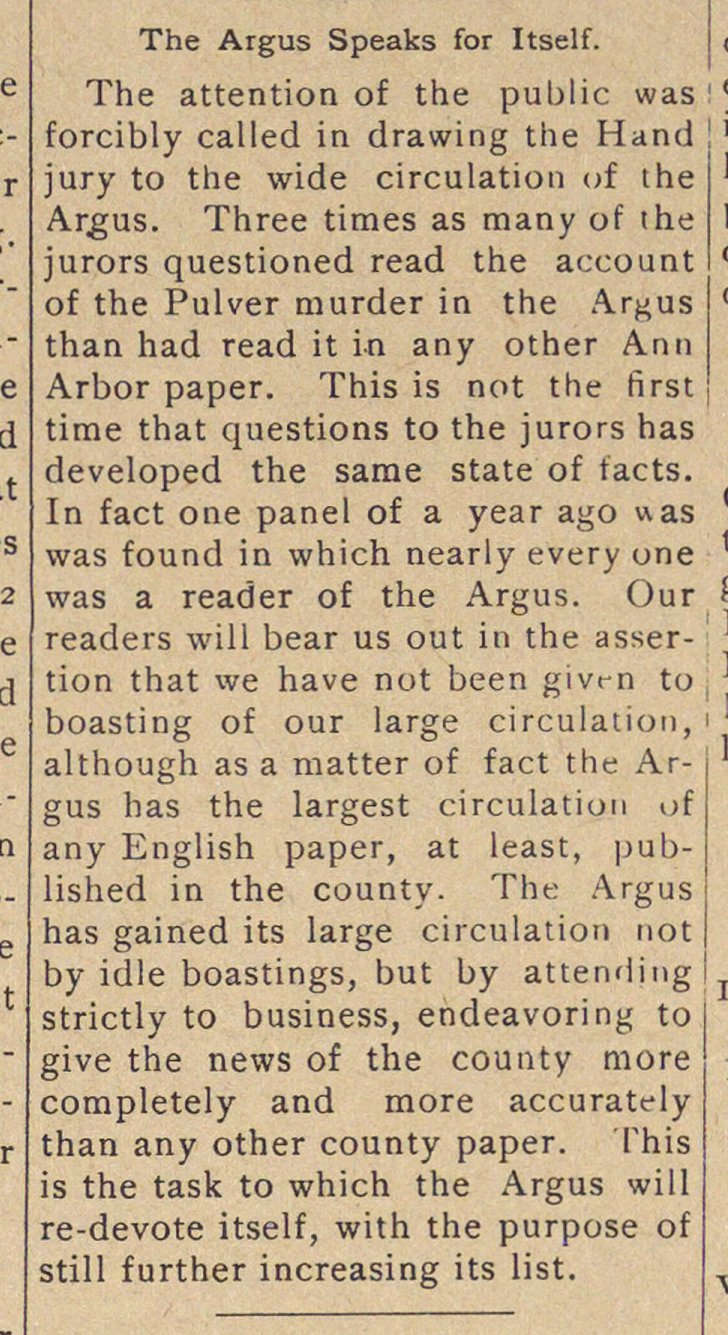 The attention of the public was forcibly called in drawing the Hand jury to the wide circulation of the Argus. Three times as many of the jurors questioned read the account of the Pulver murder in the Arus than had read it in any other Anti Arbor paper. This is not the first time that questions to the jurors has developed the same state of tacts. In fact one panel of a year ago as was found in which nearly every une was a reader of the Argus. Our readers will bear us out in the assertion that we have not been givm to boasting of our large circulation, although as a matter of fact the Argus has the largest circulation of any English paper, at least, published in the county. The Argus has gained its large circulation not by idle boastings, but by attendingj strictly to business, endeavoring to give the news of the county more completely and more accurately than any other county paper. This is the task to which the Argus will re-devote itself, with the purpose of still further increasing its list.