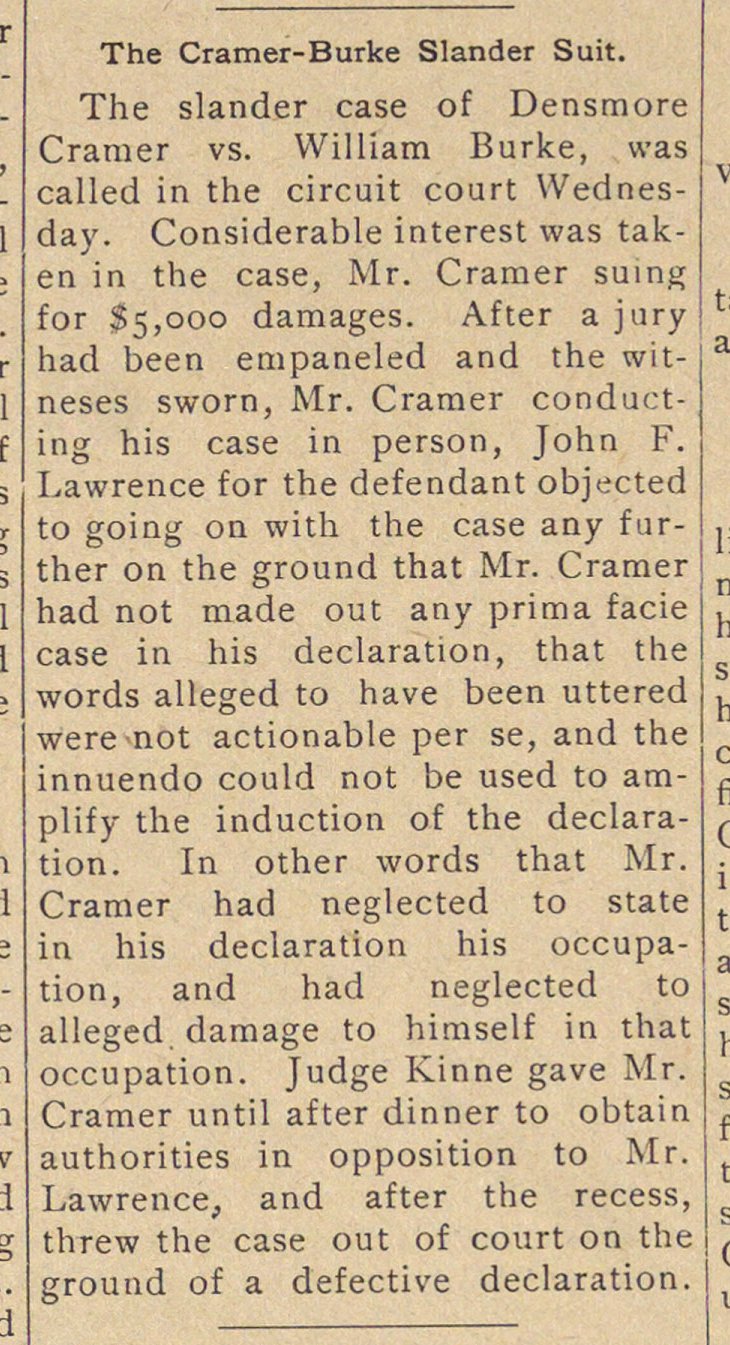 The slander case of Densmore Cramer vs. VVilliam Burke, was called in the circuit court VVednesday. Considerable interest was taken in the case, Mr. Cramer suing for $5,000 damages. After a jury had been empaneled and the witneses sworn, Mr. Cramer conducting his case in person, John F. Lawrence for the defendant objected to going on with the case any further on the ground that Mr. Cramer j had not made out any prima facie case in his declaration, that the words alleged to have been uttered were-not actionable per se, and the innuendo could not be used to amplify the induction of the declaration. In other words that Mr. Cramer had neglected to state in his declaration his occupation, and had neglected to alleged damage to himself in that occupation. Judge Kinne gave Mr. Cramer until after dinner to obtain authorities in opposition to Mr. Lawrence, and after the recess, threw the case out of court on the ground of a detective declaration. I