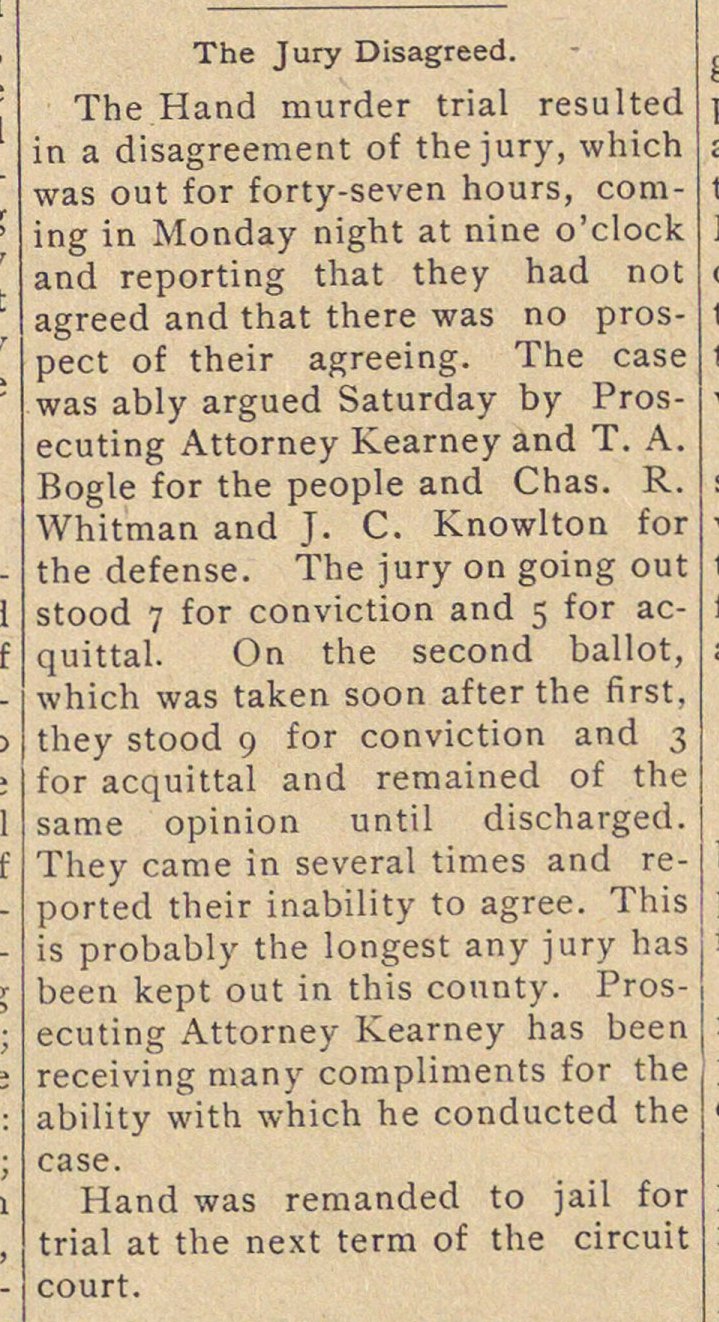 The Hand murder trial resulted in a disagreement of the jury, which was out for forty-seven hours, coming in Monday night at nine o'clock and reporting that they had not agreed and that there was no prospect of their agreeing. The case was ably argued Saturday by Prosecuting Attorney Kearney and T. A. Bogle for the people and Chas. R. Whitman and J. C. Knowlton for the defense. The jury on going out stood 7 for conviction and 5 for acquittal. On the second ballot, which was taken soon after the first, they stood 9 for conviction and 3 for acquittal and remained of the same opinión until discharged. They carae in several times and reported their inability to agree. This is probably the longest any jury has been kept out in this county. Prosecuting Attorney Kearney has been receiving many compliments for the ability with which he conducted the case. Hand was remanded to jail for trial at the next term of the circuit court.