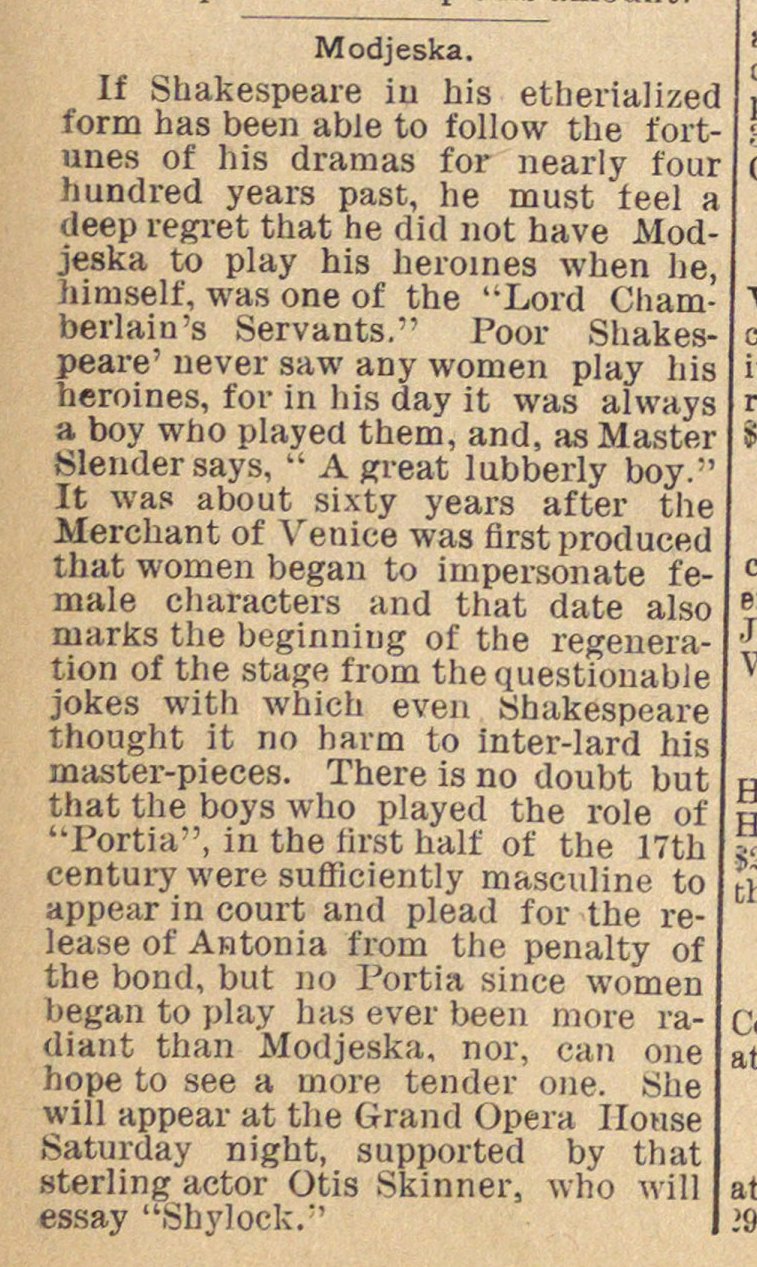 If Shakespeare iu his etberialized íorm has been able to follow the fortunes of his dramas for nearly four hundred years past, he must teel a deep regret that he did not have Modjeska to play his heroines when he, himself, was one of the liLoid Cliamberlain's Servants." Poor Shakespeare' never saw any wornen play his heroines, for in his day it was always a boy who played them, and, as Master Slendersays, " A great lubberly boy." It was about sixty years after the Merchant of Yeniee was firstproduced that women began to impersonate female characters and that date also niarks the beginniug of the regeneration of the stage from thequestionable jokes with which even Shakespeare thought it ii o harm to inter-lard his master-pieces. There is no doubt but that the boys who played the role of "Portia", in the iirst half of the lVth century were sufficiently masculine to appear in court and plead for the release of Antonia from the penalty of the bond, but no Portia since women began to play has ever been more i diant than Modjeska, nor, can one hope to see a more tender one. She will appear at the Grand Opera House Saturday night, supported by that sterling actor Otis Skinner, who will i essay "Shylock.''