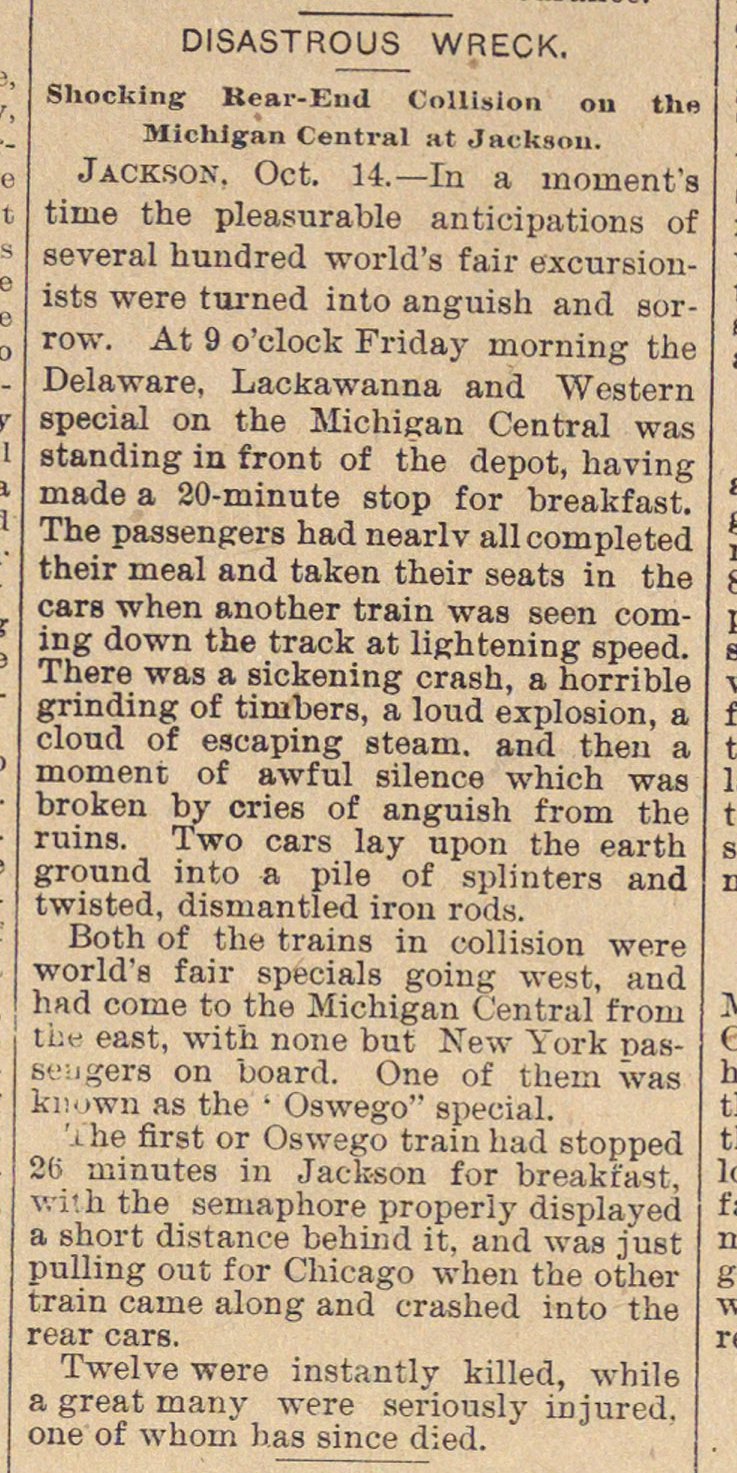 Jackson. Oct. 14.- In a momenfs time the pleasurable anticipations of several hundred world's fair excursionists were turned into anguish and sorrow. At 9 o'clock Friday morning the Delaware, Lackawanna and Western special on the Michigan Central was standing ia front of the depot, having made a 20-minute stop for breakfast. The passengers had nearlv allcompleted their meal and taken their seats in the cars when another train was seen coming down the track at lightening speed. There was a sickening crash, a horrible grinding of timbers, a loud explosión, a cloud of escaping steam. and then a noment of awful silence which was brokeu by cries of anguish from the ruins. Two cars lay upon the earth íround into a pile of splinters and wisted, dismantled iron rodss. Both of the trains in collision were world's fair specials going west, and id come to the Michigan Central froni tbc east, with none but New York pas8e igeia on board. One of them was knuwn as the ' Oswego" special. 'i he first or Oswego train had stopped 20 minutes in Jackson for breakfast, with the semaphore properly displayed a short distance behüid it, and was just pulling out for Chicago when the other train carne along and crashed into the rear cars. Twelve were instantly killed, while a great many were seriously injured. one of whom lias since died.