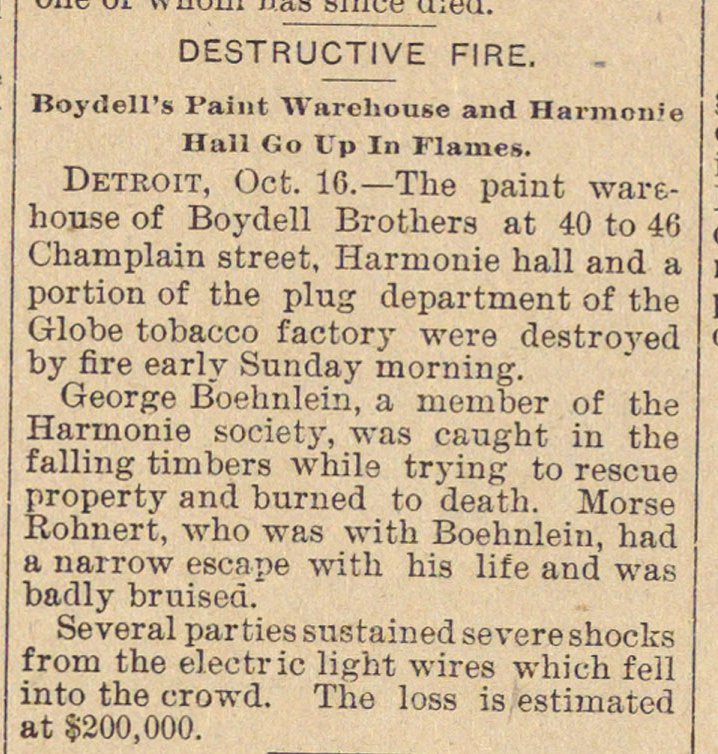 Detroit, Ocfc. 10.- The paint warehouse of Boydell Brothers at 40 to 46 Champlain street. Harmonie hall and a portion of the plug department of the Globe tobáceo factory were destroyed by fire early Sunday morning. George Boehnlein, a member of the Harmonie society, was caught in the falling timbers while trying to rescue property and burued to death. Morse Rohnert, who was with Boehnlein, had a narrow escape with his lite and was badly bruised. Severalpartiessustainedsevereshocks f rom the electric light wires which feil into the crotvd. The loss is estimated ut isann nnn