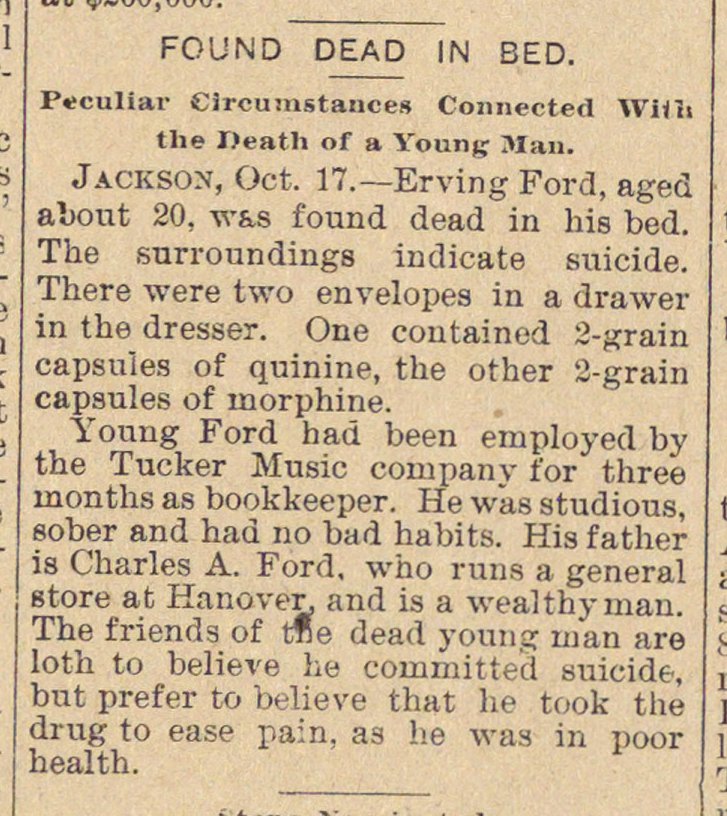 Jackson, Oct. 17.- Erving Ford, aged aljont 20, was found dead in his bed. The surroundings indícate suicide. There were two envelopea in a drawer in the dresser. One contained 2-grain capsules of quinine, the other 2-grain capsules of inorphine. Young Ford had been employed by the Tucker Music company for three ïnonths as bookkeeper. He was studious, sober and had no bad habits. His father is Charles A. Ford. who runs a general store at Hanover. and is a weaHhyman. The friends of tfle dead younar man are loth to believe he conimitte'd suicide, but prefer to believe that he took the drug to ease pain, as he was in poor health.