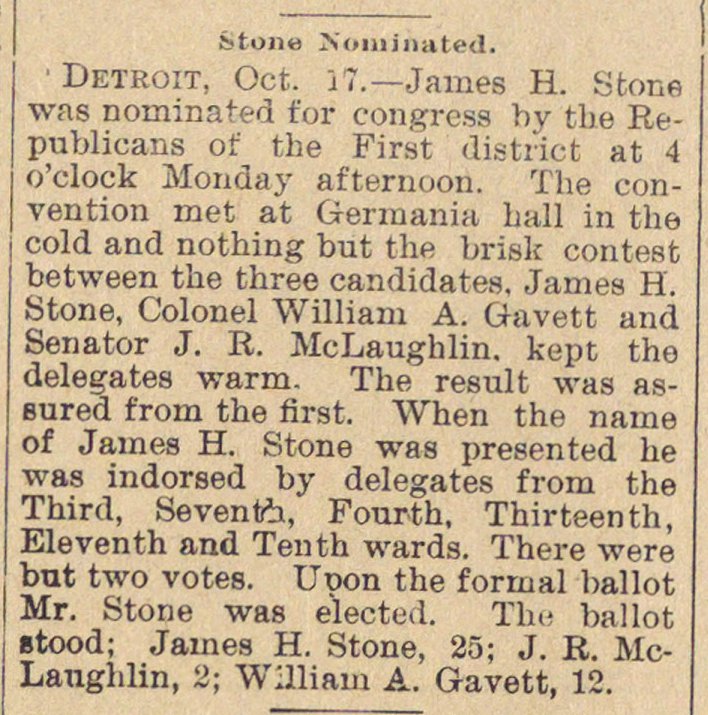 1 Detroit, Oct. 17.- James H. Sfcone was pominated for congress by the Republieans of the First district at 4 o'clock Monday afternoon. The convention met at Germania hall in the cold and nothing but the brisk contest between the three candidates, James H. Stone, Colonel William A. Gavett and Senator J. R. MeLaughlin. kept the delegates warm. The result was asBured trom the first. When the name of James H. Stone was presented he was indorsed by delegates from the Third, Seventó, Fourth, Thirteenth, Eleventh and Tenth wards. There were but two votes. Upon the formal ballot Mr. Stone was electml. The ballot Btood; James H. Stone, 25; J. R. McLanghlin. 2; William A. Gavett. 12.