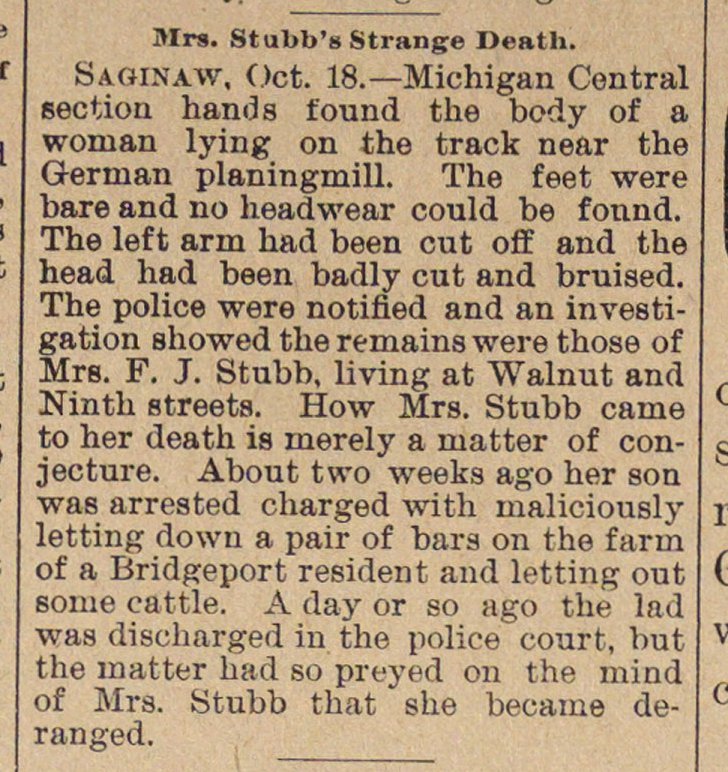 Saoinaw, Oct. 18.- Michigan Central sectioa hands found the body of a wonian lying on the track near the Germán planingmill. The feet were bare and no headwear could be íonnd. The lef t arm had been cut off and the head had been badly cut and bruised. The pólice were notifled and an investigation showed the remains were those of Mrs. F. J. Stubb, living at Walnut and Ninth Btreeta. How Mrs. Stubb came to her death is merely a matter of conjecture. About two weeks ago her son was arrested charged with malicionsly letting down a pair of bars on the farm of a Bridgeport resident and letting out some cattle. A day or so ago the lad was discharged in the pólice court, but the matter had so preyed on the mind of Mrs. Stubb that she became deranged.