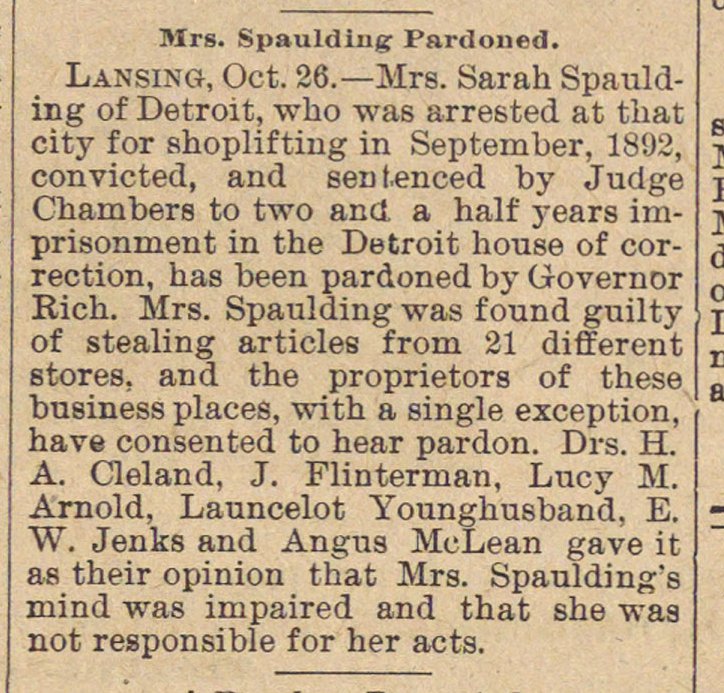 Lansing, Oct. 26.- Mrs. Sarah Spaulding of Detroit, who was arrested at that city for shoplifting in September, 1892, convicted, and sent-eneed by Judge Chambers to two and a half years imprisonment in the Detroit house of correction, has been pardoned by Governor Rich. Mrs. Spaulding was f ound guilty of stealing articles from 21 different stores, and the proprietors of these business places, with a single exception, have consented to hear pardon. Drs. H. A. Cleland, J. Flinterman, Lucy M. Arnold, Launcelot Younghusband, E. W. Jenks and Angus McLean gave it a their opinión that Mrs. Spauldingfs mind was impaired and that she was not responsible for her acts.