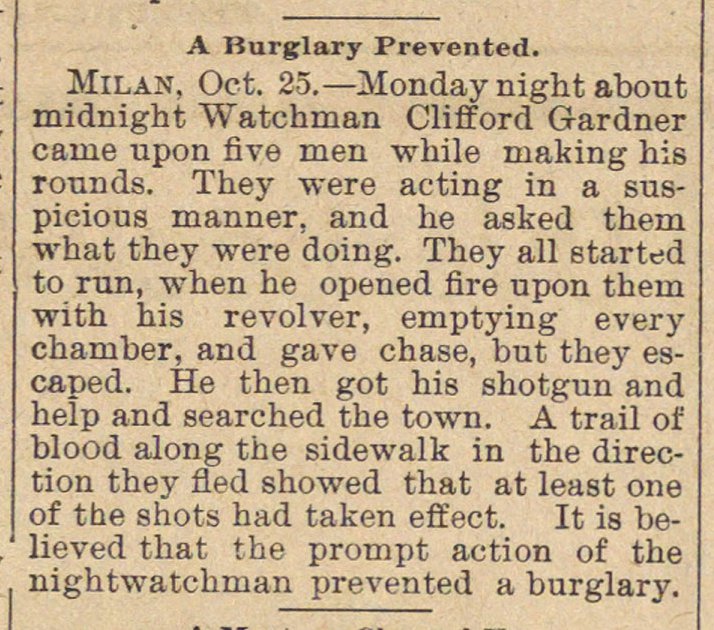 Milán, Oct. 25.- Monday night abou midnight Watchman Clifford Gardner canie upon five men while making his rounds. They were acting in a sus picious manner. and he asked them what they were doing. They all startec to run, when he opened fire upon thein with his revolver, emptying ever chaniber, and gave chase, but they es caped. He then got his shotgun anc help and searched the town. A trail oí blood along the sidewalk in the direction they fled showed that at least one of the shots had taken effect. It is believed that the prompt action of the nightwatchman prevented a burglarj'.