The Burglar Had Chloroform 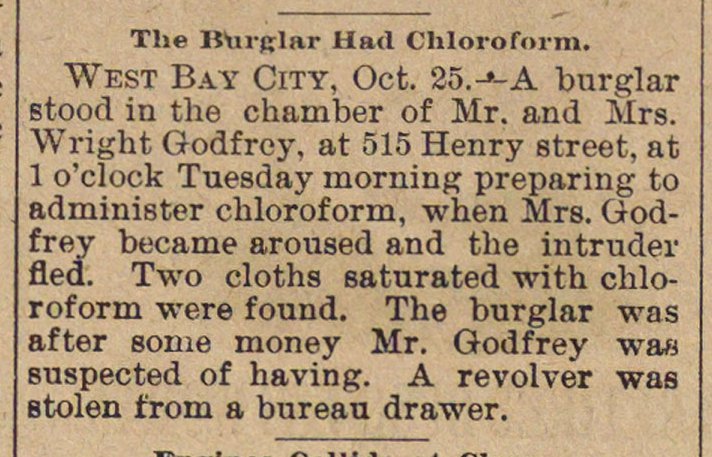 West Bay City, Oct. 25.--A burglar stoqd in the chamber of Mr. and Ürs. Wright Godfrcy, at 515 Henry street, at 1 o'clock Tuesday morning preparing to administer chloroform, when Mrs. Godfrey became aroused and the intruder fled. Two cloths saturated with chloroform were found. The burglar was after some money Mr. Godfrey was suspected of having. A revolver was Btolen trom a burean drawer.