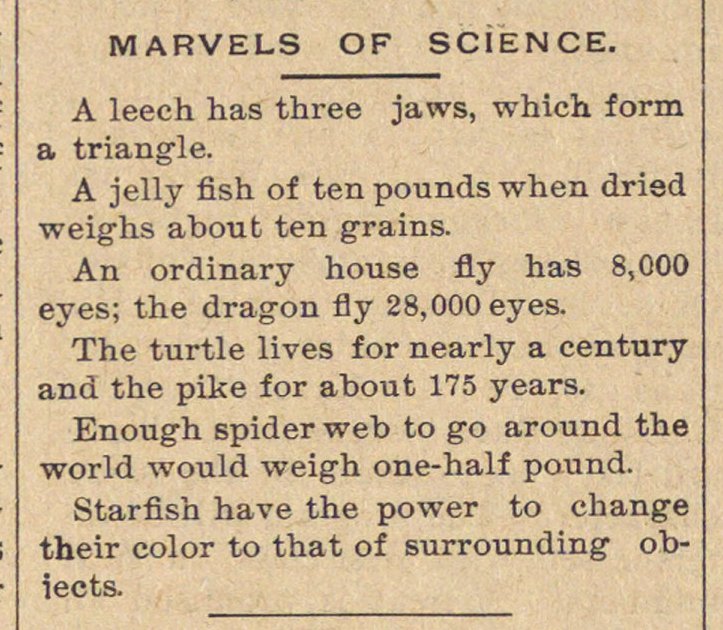 A leech has three jaws, which form a triangle. A jelly fish of ten pounds when dried weighs about ten grains. An ordinary house fly has 8,000 eyes; the dragon fly 28,000 eyes. The turtle Uves for nearly a century and the pike for about 175 years. Enough spider web to go around the world would weigh one-half pound. Starfish have the power to change their color to that of surrounding obiects.