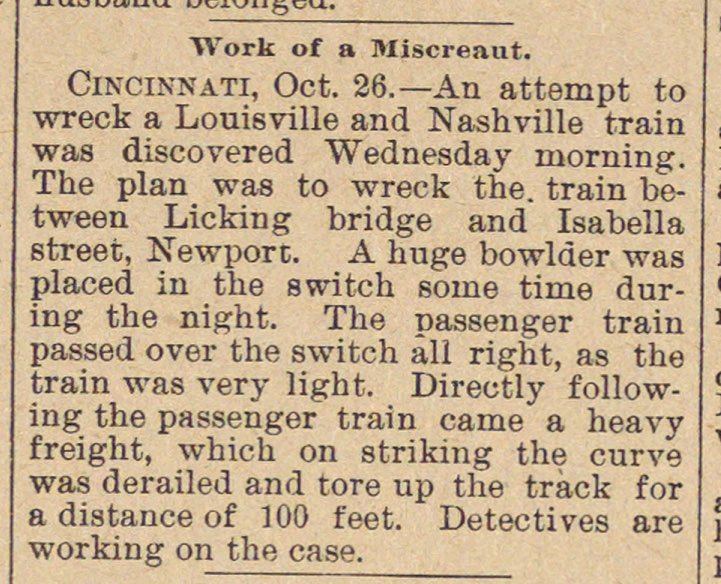 Cincinnati, Oct. 26.- An attempt to wreek a Louisville and Nashville train was discovered Wednesday inorning. The plan was to wreek the. train between Licking bridge and Isabella street, Newporc. A huge bowláer was placed in the switch soine time during the night. The passenger train passed over the switch all right, as the train was very light. Directly following the passenger train carne a heavy freight, which on striking the curve was derailed and tore up the track for a distance of 100 feet. Detectives are working on the case.