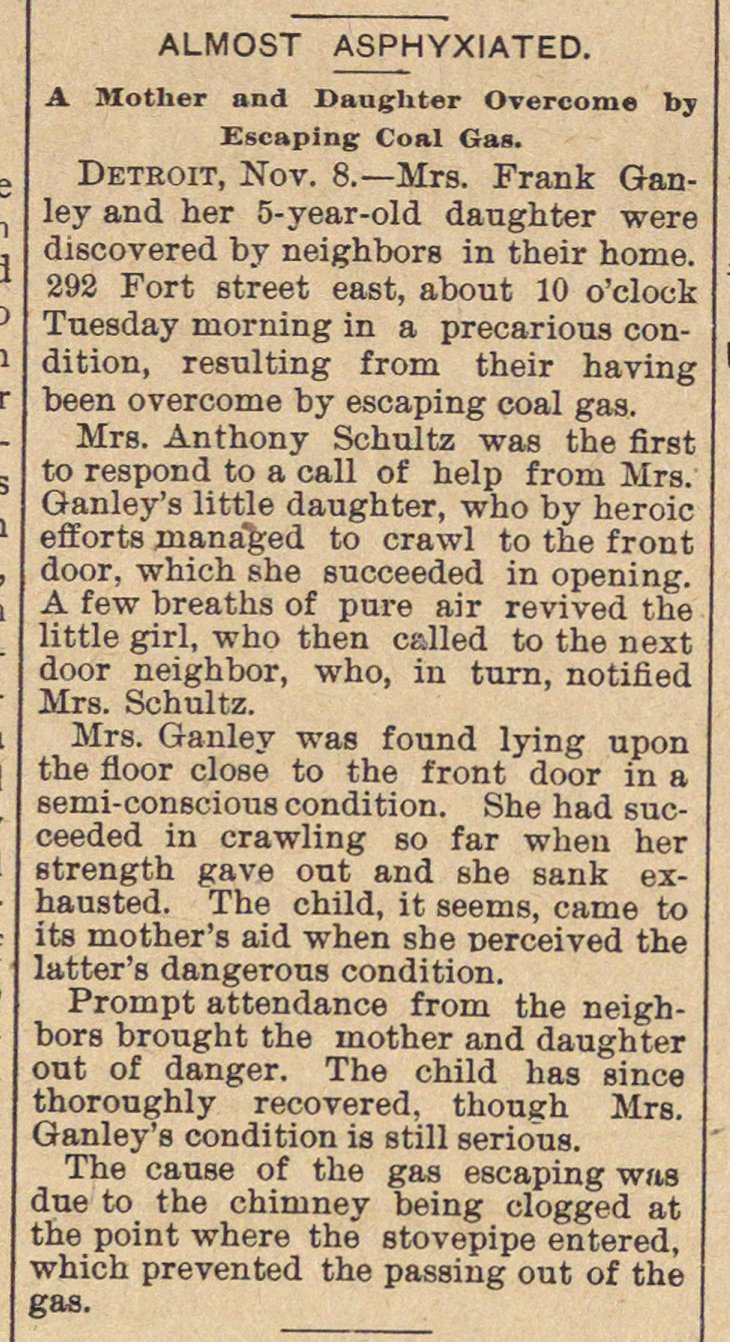 Detroit, Nov. 8.- Mts. Frank Ganley and her 5-year-old daughter were discovered by neighbors in their home. 292 Fort street east, about 10 o'clock Tuesday morning in a precarious condition, resulting from their having been overeóme by escaping coal gas. Mrs. Anthony Schultz was the first to respond to a cali of help from Mrs. Ganley's little daughter, who by heroic efforts manáged to crawl to the front door, which she succeeded in opening. A few breaths of pure air revived the little girl, who then called to the next door neighbor, who, in turn, notified Mrs. Schultz. Mrs. Ganley was found lying upon the floor close to the front door in a semi-conscious condition. She had succeeded in crawling so far when her strength gave out and she sank exhausted. The child, it seems, came to its mother's aid when sbe perceived the latter's dangerous condition. Prompt attendance from the neighbors brought the mother and daughter out of danger. The child has since thoroughly recovered, though Mrs. Ganley'e condition is still serious. The cause of the gas escaping was due to the chiruney being clogged at the point where the stovepipe entered, which prevented the passing out of the gas.