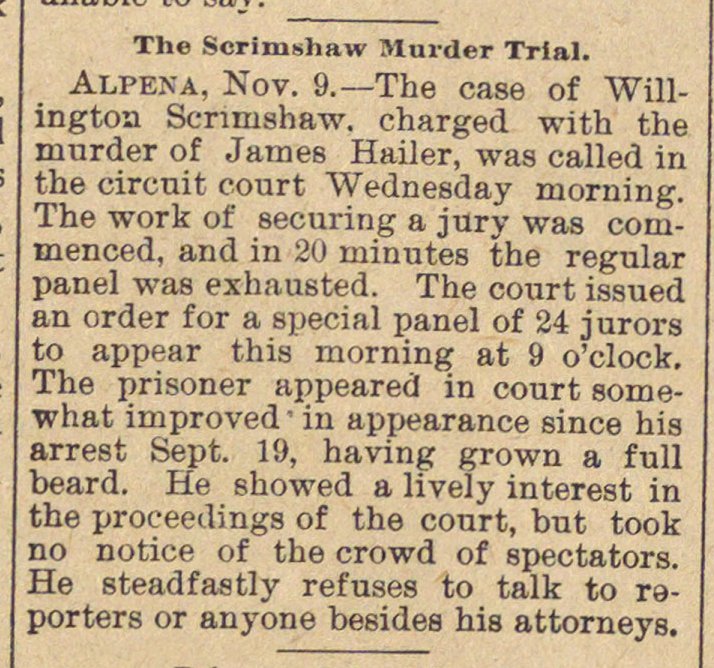 Alpena, Nov. 9.- The case of Wellington Scnmshaw. charged with the murder of James Hailer, was called in the circnit court Wednesday morning. The work of securing a jury was commenced, and in 20 minutes the regular panel was exhausted. The court issued an order for a special panel of 24 jurors to appear this morning at 9 o'clock. The prisoner appeared in court somewhat improved ' in appearance since his arrest Sept. 19, ha ving grown a f uil beard. He showed a lively interest in the proeeeilings of the court, but took no notice of the crowd of spectators. He steadfastly refuses to talk to reporters or anyone besides hia attorneys.