Death Of A Well Known Lady 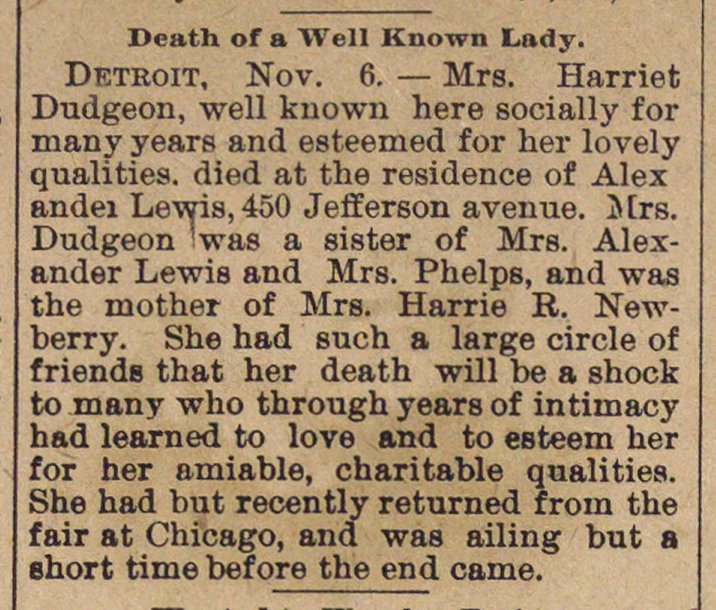 Detroit, Nov. 6. - Mrs. Harriet Dudgeon, well known here socially for many years and esteemed for her lovely qualities. died at the residence of Alex andei Lewis, 450 Jefferson avenue. Mrs. Dudgeon 'was a sister of Mrs. Alexander Lewis and Mrs. Phelps, and was the mother of Mrs. Harrie R. Newberry. She had such a large circle of friendB that her death will be a shock to many who through years of intimacy had learned to love and to esteem her for her amiable, charitable qualities. She had but recently returned from the fair at Chicago, and was ailing but a short time before the end carne.