Relieved Of His Watch 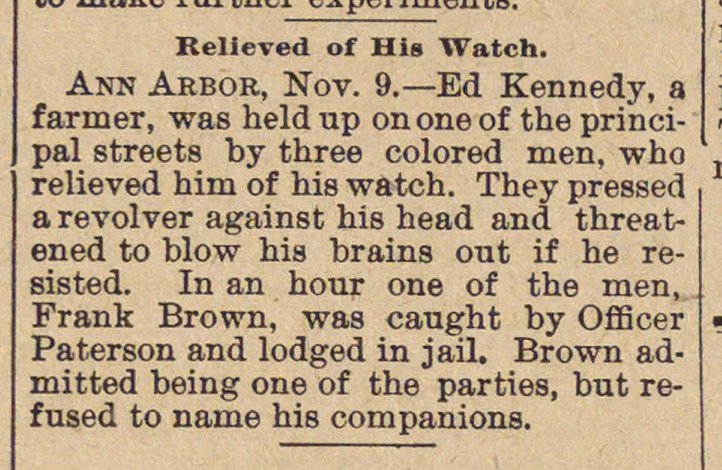 Ann Arbor, Nov. 9. - Ed Kennedy, a farmer, was held up on one of the principal streets by three colored men, who relieved him of his watch. They pressed a revolver against his head and threatened to blow his brains out if he resisted. In an hour one of the men, Frank Brown, was caught by Offloer Paterson and lodged in jail. Brown admitted being one of the parties, but refused to name his companions.