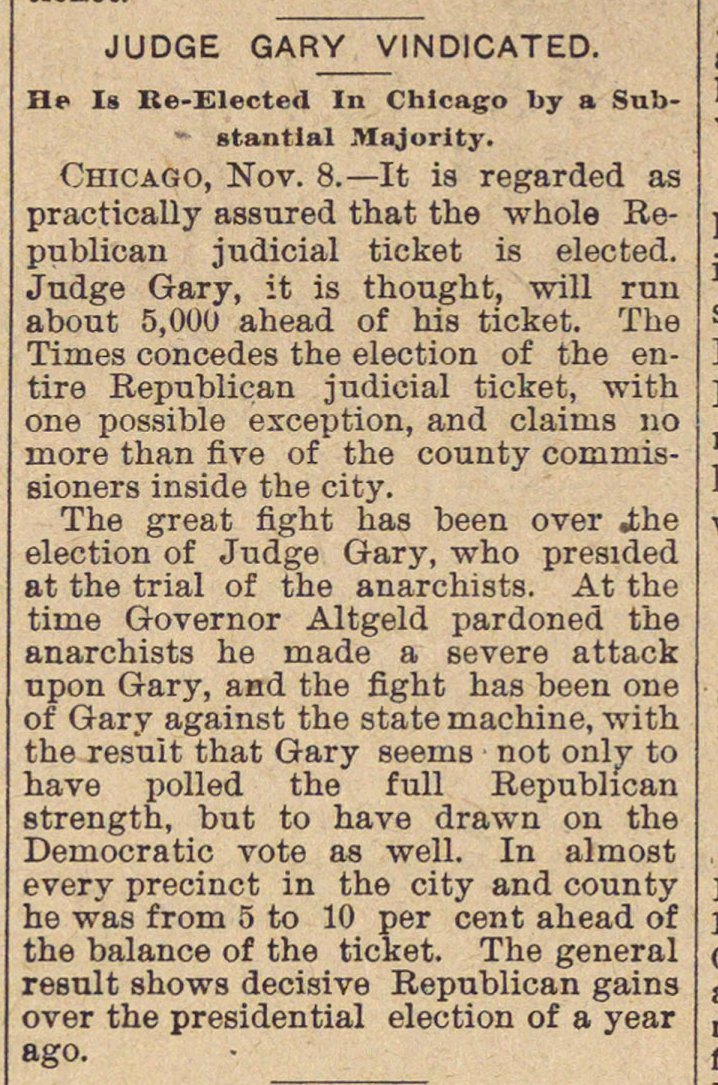 Chicago, Nov. 8.- It is regarded as practically assured that the whole Republican judicial ticket is elected. Jndge Gary, it is thought, will run about 5,000 ahead of bis ticket. The Times concedes the election of the entire Republican judicial ticket, with one possible exception, and claims no more than five of the county commissioners inside the city. The great fight has been over he election of Judge Gary, who presided at the trial of the anarchists. At the time Governor Altgeld pardoned the anarchists he made a severe attack upon Gary, and the fight has been one of Gary against the state machine, with the resuit that Gary seems not onlv to have polled the full Republican strength, but to have drawn on the Democratie vote as well. In almost every precinct in the city and county he was from 5 to 10 per cent ahead of the balance of the ticket. The general resuit shows decisive Republican gains over the presidential election of a year aero.