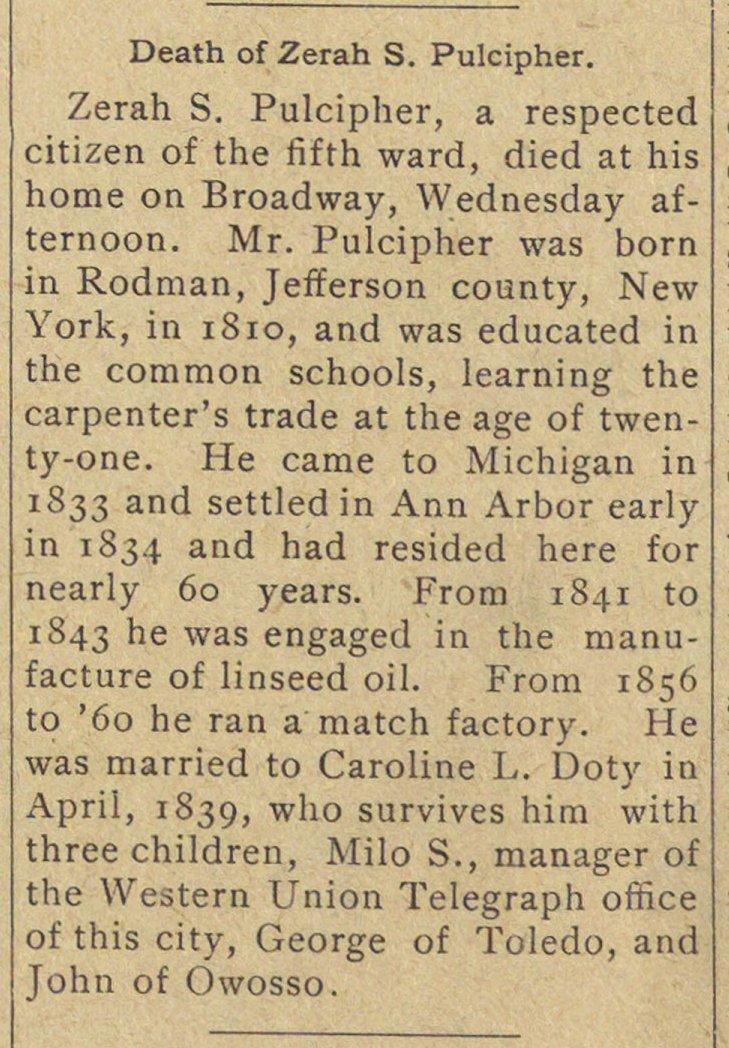 Zerah S. Pulcipher, a respected itizen of the fifth ward, died at his ïome on Broadway, Wednesday afernoon. Mr. Pulcipher was born n Rodman, Jefferson county, New York, in 1810, and was educated in he common schools, learning the arpenter's trade at the age of tweny-one. He carne to Michigan in 833 and settled in Ann Arbor early n 1834 and had resided here for nearly 60 years. From 1841 to 843 he was engaged in the manuacture of linseed oil. From 1856 o '60 he ran a match factory. He was married to Caroline L. Doty in April, 1839, who survives him with hree children, Milo S., manager of he Western Union Telegraph office of this city, George of Toledo, and ohn of Owosso.