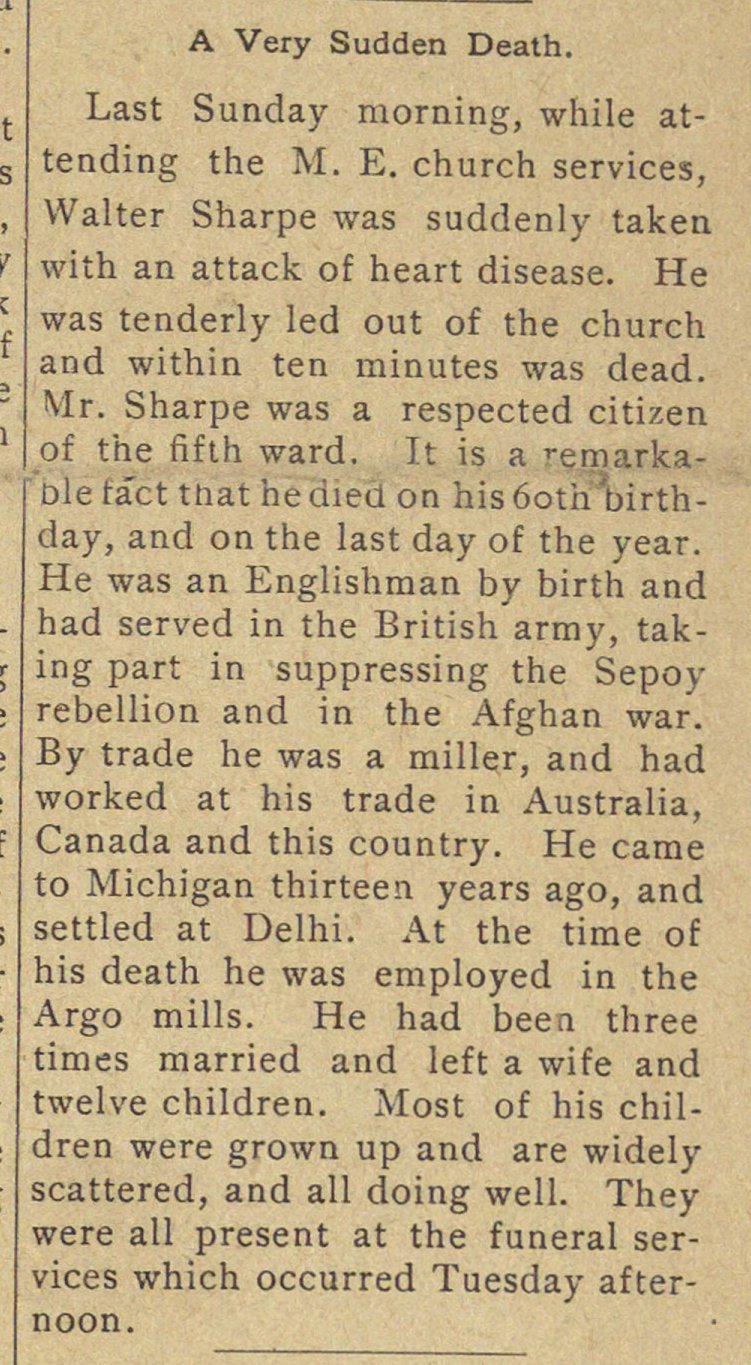 Last Sunday morning, while attending the M. E. church services, Walter Sharpe was suddenly taken with an attack of heart disease. He was tenderly led out of the church and within ten minutes was dead. Mr. Sharpe was a respected citizen of the fifth ward. It is a remarkaDletact tnat hedied on hisóoth'birthday, and on the last day of the year. He was an Englishman by birth and had served in the British army, taking part in suppressing the Sepoy rebellion and in the Afghan war. By trade he was a miller, and had worked at his trade in Australia, Canada and this country. He came to Michigan thirteen years ago, and settled at Delhi. At the time of his death he was employed in the Argo milis. He had been three times married and left a wife and twelve children. Most of his children were grown up and are widely scattered, and all doing well. They were all present at the funeral services which occurred Tuesday afternoon.