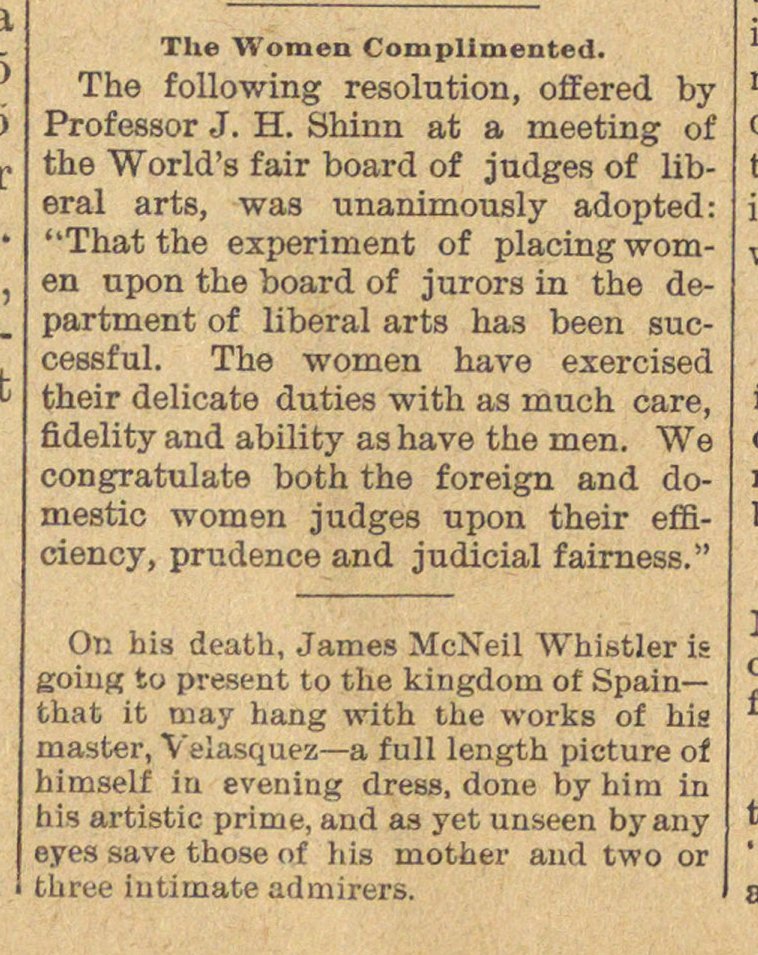 ihe rollowmg resolution, offered by Professor J. H. Shinn at a meeting of the World's fair board of judges of liberal arts, was unanimously adopted: "That the experiment of placingwomen upon the board of jurors in the department of liberal arts has been successful. The women have exercised their delicate duties with as mueh care, fidelity and ability as have the men. We congratúlate both the foreign and domestic women judges upon their efficiency, prudence and judicial fairness." On bis death, James McNeil Whistler is goinf? to present to the kingdom of Spain- thafc it may hang with the works of hig master, Velasquez - a full length picture oí himself iti evening dress, done byhira in his artistic prime, and as yet unseen by any eyes save those f his mother and two or tliree iutiuiate admirers.