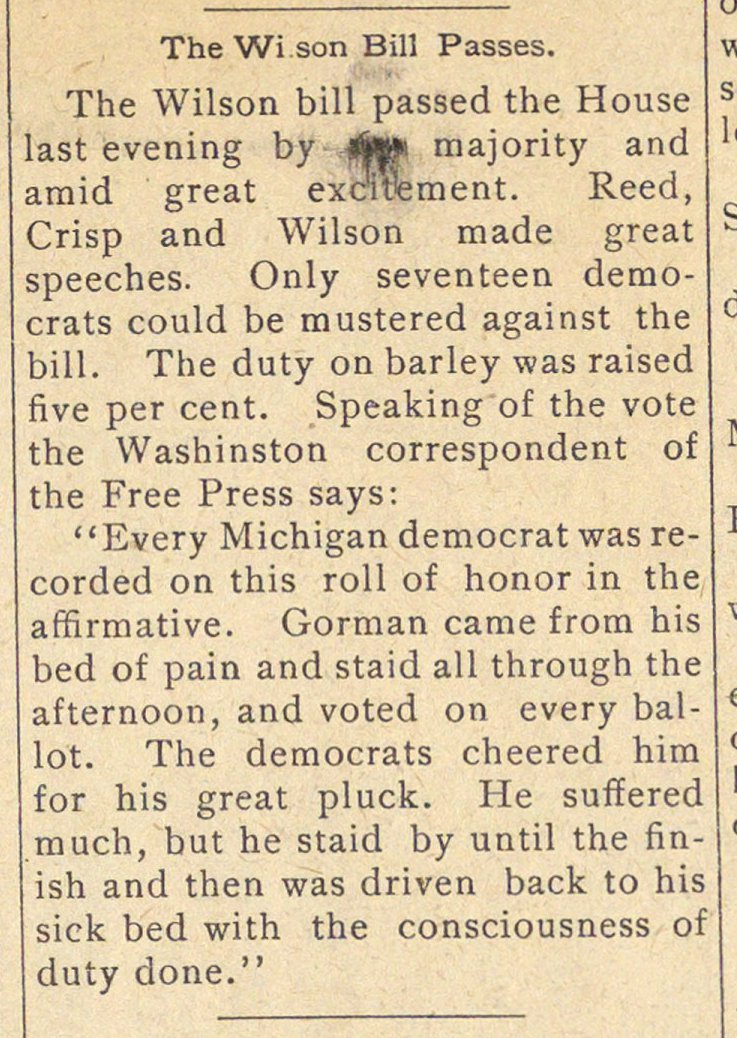 The Wilson bilí passed the House last evening by fp majority and amid great excitfement. Reed, Crisp and Wilson made great speeches. Only seventeen democrats could be mustered against the bill. The duty on barley was raised five per cent. Speaking of the vote the Washinston correspondent of the Free Press says: "Every Michigan democrat was recorded on this roll of honor in the affirmative. Gorman carne from his bed of pain and staid all through the afternoon, and voted on every ballot. The democrats cheered him for his great pluck. He suffered much, but he staid by until the finish and then was driven back to his sick bed with the consciousness of duty done."