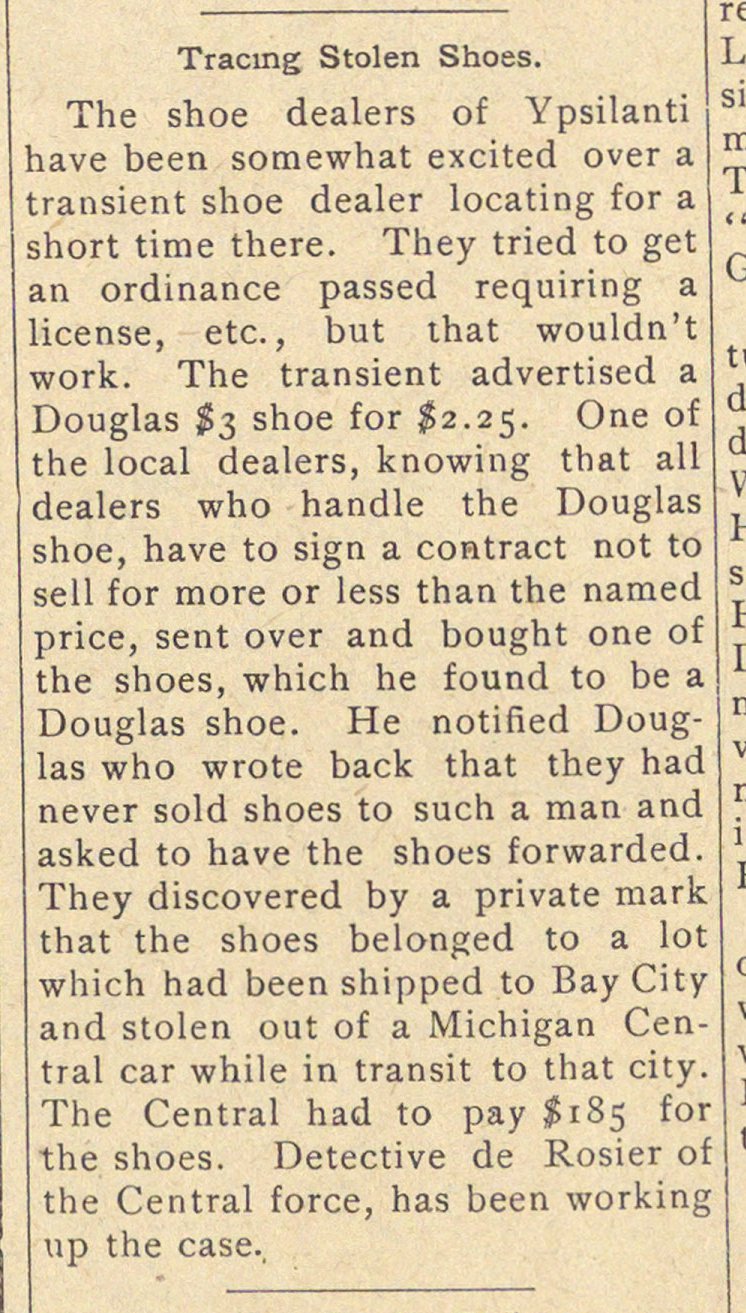 The shoe dealers of Ypsilanti ! have been somewhat excited over a ; transient shoe dealer locating for a short time there. They tried to get an ordinance passed requiring a license, etc, but that wouldn't work. The transient advertised a Douglas $3 shoe for $2.25. One of the local dealers, knowing that all dealers who handle the Douglas shoe, have to sign a contract not to sell for more or less than the named price, sent over and bought one of the shoes, which he found to be a Douglas shoe. He notifïed Douglas who wrote back that they had never sold shoes to such a man and asked to have the shoes forwarded. They discovered by a private mark that the shoes belonged to a lot which had been shipped to Bay City and stolen out of a Michigan Central car while in transit to that city. The Central had to pay $185 for the shoes. Detective de Rosier of the Central forcé, has been working up the case.,