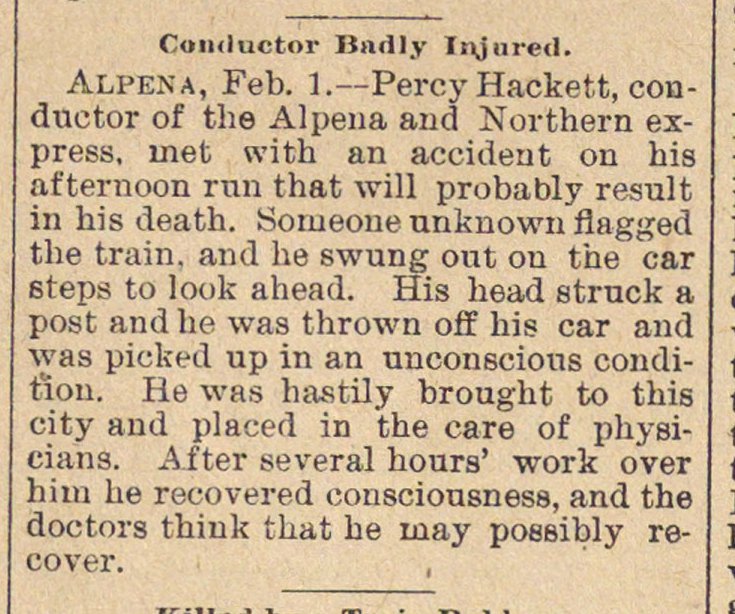 Alpena, Feb. 1.- Percy Hackefct, conductor of the Alpena and Northern express, inet with an accident on his afternoon run that will probably result in his death. Someone unknown flagged the train, and he swung out on the car steps to look ahead. His head struck a post and he was thrown off his car and was picked up in an unconscious conditïon. He was hastily brought to this city and placed in the care of physicians. Aiter several hours' work over hiiu he recovered consciousness, and the doctors thiuk that he may poesibly recover. ,