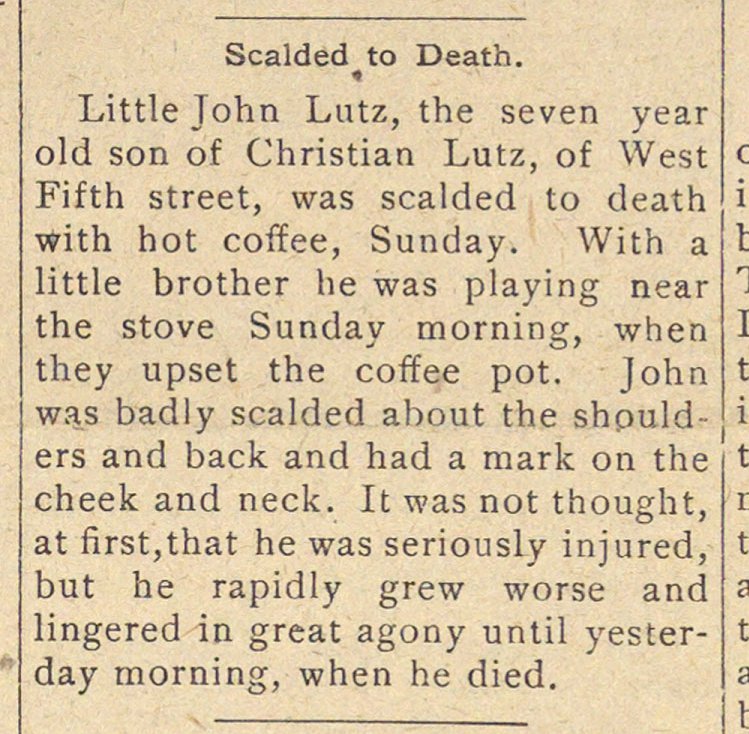 Little John Lutz, the seven year oíd son of Christian Lutz, of West Fifth street, was scalded to death with hot coiïee, Sunday. With a little brother he was playing near the stove Sunday morning, when they upset the coffee pot. John was badly scalded about the shpulders and back and had a mark on the cheek and neck. It was not thought, at first,that he was seriously injured, but he rapidly grew worse and lingered in great agony until yesterday morning, when he died.